By SSO Jr.  aka Bad Driver

One of the great things about getting my driver’s license in this day and age was that I never had to learn how to drive a stick shift. For the life of me, I cannot operate a clutch. This has perpetuated the idea that I’m a Bad Driver. This self-inflected nickname has thus stuck with my Dad and one of his new favorite things to call me whenever we head out in something with four wheels. In fact, if I was forced to drive a stick shift with a gun to my head, it would end rather poorly. Despite this, I am fortunate enough to have grown up surrounded by some of the greatest manual supercars. While I can’t drive these cars today, I have spent long enough in the right-hand seat to get a good feel for how I would think they would drive if I ever decided to get off the couch and learn to drive properly. So, for the purposes of this article, we will be taking a look at two of the high-powered Porsche’s my Dad keeps in his garage. One I can drive and one I can’t: the Porsche 911 (997.2) WC GT3 RS and the Porsche Cayenne S. 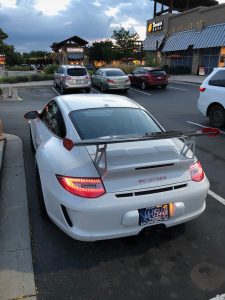 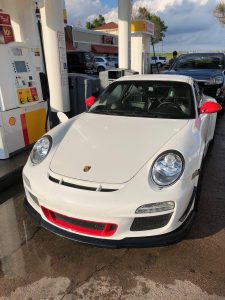 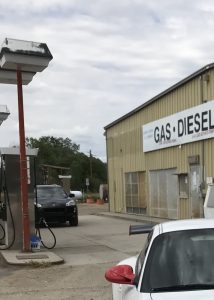 I’ll start with the Cayenne S because my Dad’s Cayenne S and I have a very special bond. Two weeks ago, I had the pleasure of embarking on a long journey with the Cayenne S from the chopped up, crumbling concrete roads of Dallas to the beautiful mountain passes of Big Sky, Montana, while trying to keep pace with my Dad charging ahead in the GT3 RS. Having lived most of my life in Europe, I have never really comprehended how massive the US actually is, and mentally hadn’t really prepared for a 23-hour journey. Realistically speaking, you all don’t read this for the narrative so let’s get to the car.

For someone who likes having all the modern tech in a car, the Cayenne S was a completely new experience for me as it was pretty barren. While it had front and rear end parking sensors, there are no back up cameras or Bluetooth. Hence there was no way to play my music through the car and I found myself blasting it through the iPhone speakers. This truly was a nightmare for my millennial self. While these aspects of the car were pretty irritating for someone such as myself, I must say that the car was an engineering marvel. No car that big or heavy should move and handle the way that it does. While it may not have a turbo like the one we owned back in the UK, there’s no shortage of power. Despite being a much less experienced driver than my dad, I was able to keep pace with him on the highways. Even at somewhat high speeds, the car handled beautifully through the corners, and more than compensated for anything I was doing wrong, keeping me right behind my Dad. In fact, it helped me keep pace until the last 50 miles when we hit the mountain passes. I was actually on his tail until he scooted around a truck in a passing window that was going to be far too tight for the Cayenne S. After this, the GT3 RS just disappeared up the road. While I may have thought it was going to be a nightmare to drive the 1600 mile trip, the Cayenne S thoroughly impressed me in every area you would care about, despite falling short of my millennial technological desires. 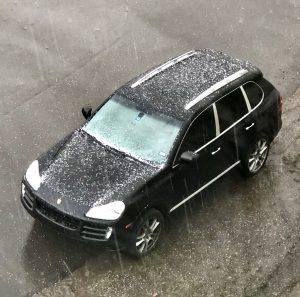 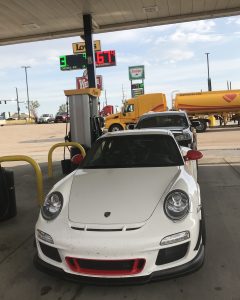 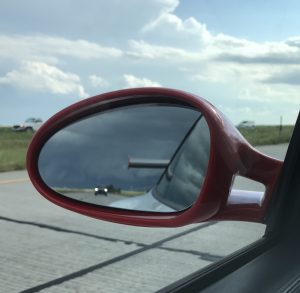 I also have a special relationship with the GT3 RS, but not in the same way. The GT3 RS is the car that every time I get into it, I get teased about not being able to drive a manual. I honestly think Dad is disappointed I can’t drive the car yet. The bit of guilt has led to a bit of a love/hate relationship with GT3 RS. From the many hours I have spent in it, I have gotten a unique perspective for how it drives simply by feeling how it moves on the road. While my Dad probably wouldn’t want me to say this, I’ve found that is has a very precise gearbox. I know this because I have seen him stall the car at a traffic light and watched him grab 6th gear when I know he was looking for 4th as we went up a mountain. Despite that, it does drive very smoothly and handles wonderfully around corners. When pushed hard, you do feel the back end moving a bit and I do think you could lose it if you took a corner a bit too quickly. It is a very raw, powerful car and is likely one of the closer things I will ever see to a race car that is road legal. 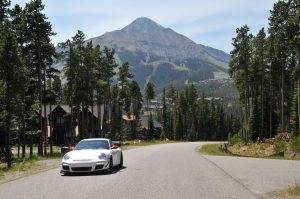 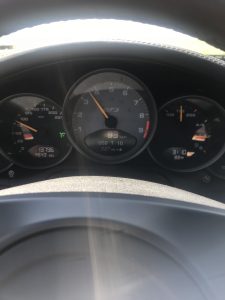 I may not be the best driver yet, but years of being around great cars has shown me what good, enjoyable driving is, and more specifically, what makes a car great. Both of these Porsches are very good cars, in fact I would call the GT3 RS potentially a great car. Each serves a very different purpose. Whether you’re looking for a solid every day car that moves like a sports car, or an almost affordable sports car to track or enjoy on the weekends, you cannot go wrong with either of these Porsche. Next summer my goal is to finally learn how to master a clutch so I can drive the GT3 RS myself. 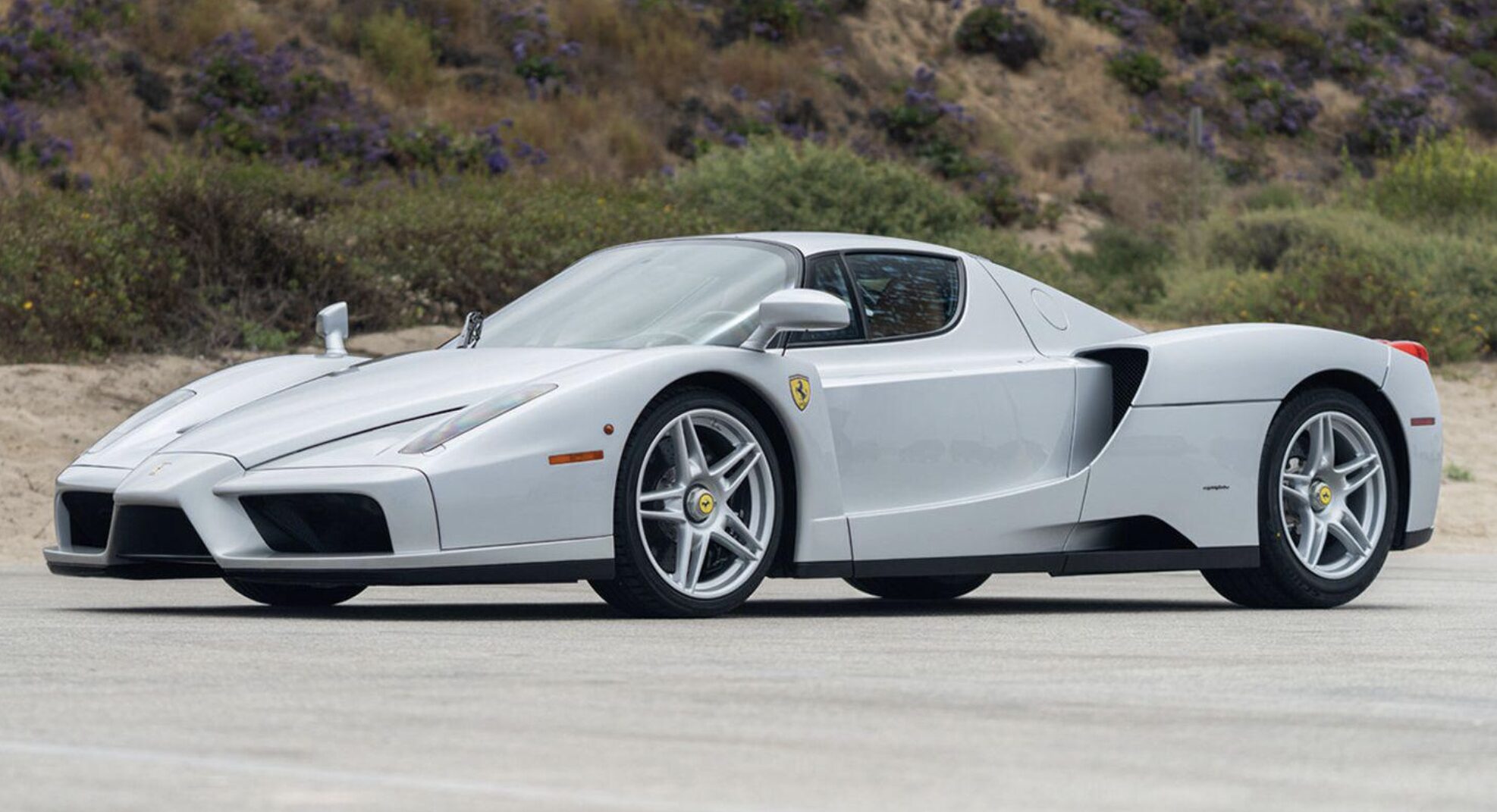 Hi,
what a lost opportunity! How easy is it to take a manual driving test in the US? With a stable of cars like what your Dad owns and only being able to be a passenger must be frustrating to say the least. Maybe come back to the UK, take an intensive course and test. Then the the world’s your oyster.
Also, is there a way of being able to click onto the pics to make them bigger? Some of the pics look amazing and only seeing them in small size is disappointing? (Probably me just not being able to work my laptop properly!!)

In Canada there is no provision for “manual” or “automatic” on your licence. Just drive whatever transmission you want! Practice, practice, practice.
Last winter I had some fun with my own “bad driver” and showed him J-turns and E-brake turns in a quiet parking lot. About as much fun one can have in an old 2002 Nissan Sentra 5-speed. I hope it convinces you, Bad Driver to get behind the wheel and shift a manual. You’ll never want to go back to an auto except for boring commuting.

We are committed to getting Bad Driver fully comfortable driving a manual by next summer.

Sorry on the pictures. I have ask my tech person and they haven’t come up with a way to do it yet. Suspect it is a limitation in the wordpress software.

Also in the US, there is no difference between manual and automatic not eh driving test. It is also not noted on your license the way it is in the UK.