Ferrari 599 GTB:Like But not Love

A Ferrari 599 had been high on our potential acquisition list for quite some time.  We had come very close to acquiring both a 599 GTB and a 599 GTO earlier in the decade.  In the long run not buying either worked out well as it gave us more time to think through which 599 model we really wanted given that it would be used mostly for long distance trips.  Where we netted out finally was the 599 GTB was a bit too soft for my taste, the 599 GTO a bit too hard for Mrs. SSO’s taste, and the 599 GTB HGTE would be a good compromise.  After that it was just a question of being patient and seeing when the right car finally surfaced.. 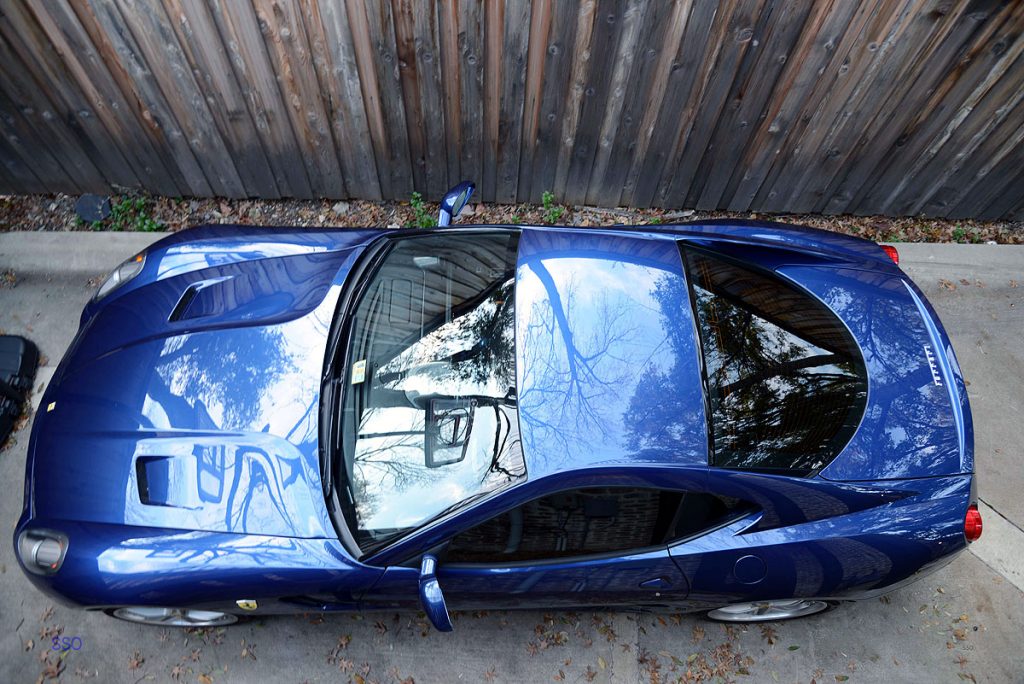 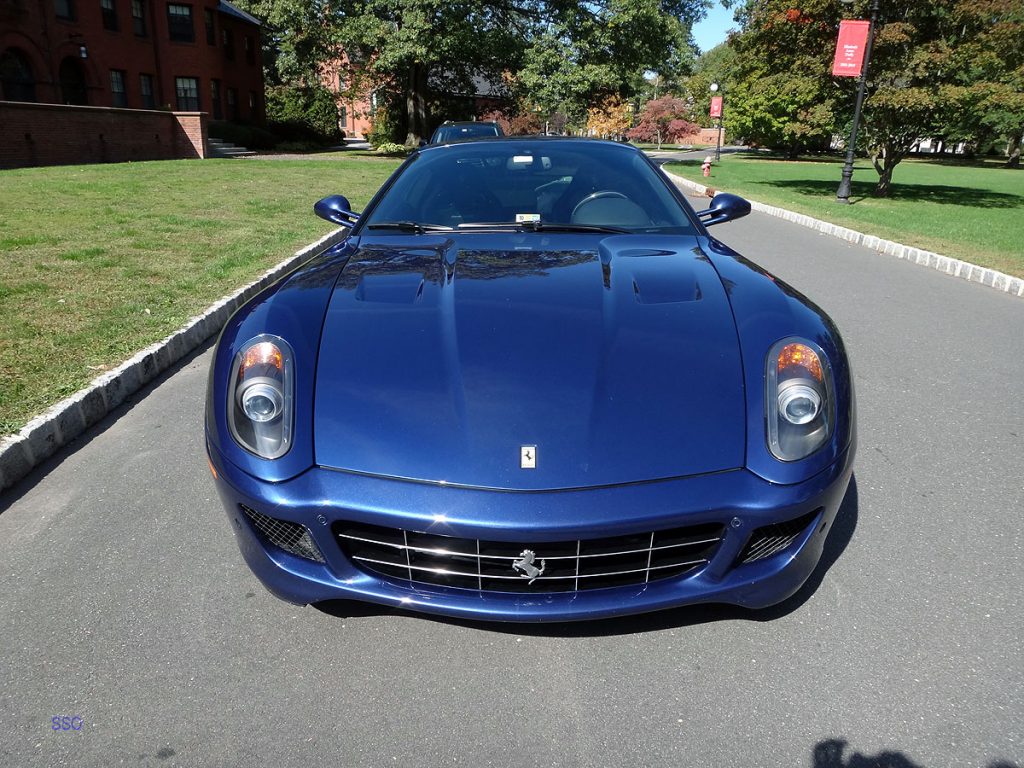 As often happens, the 599 search had been put on hold when the ideal car turned up.  I showed pictures of it to my better half and was given clear instructions not to let it get away.  A deal was quickly agreed, and the car was collected several weeks later. Delivery was at a dealer in Virginia and I drove it 230 miles straight up to New York that afternoon.  My initial impressions from that first 5 hour slog up the interstate where just how civilized and comfortable the 599 GTB HGTE was, a truly enjoyable, civilized place to spend the better part of a day.  When I picked up Ms. SSO in New York, her approval was instant and the 599 GTB HGTE declared “gorgeous”, which is one of the highest accolades Mrs. SSO will bestow on a car. 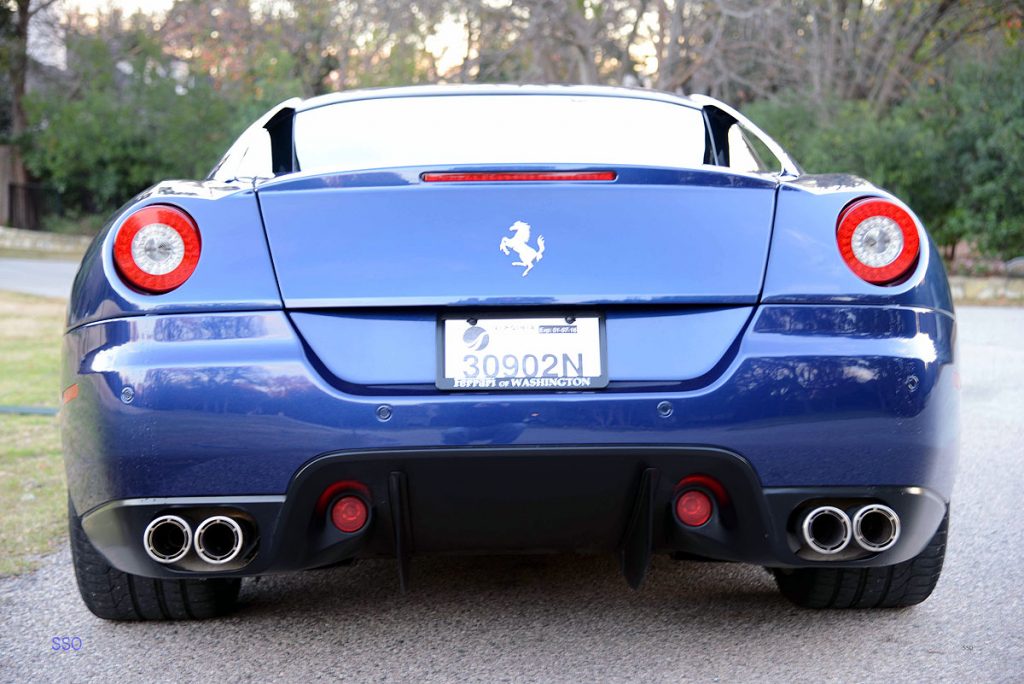 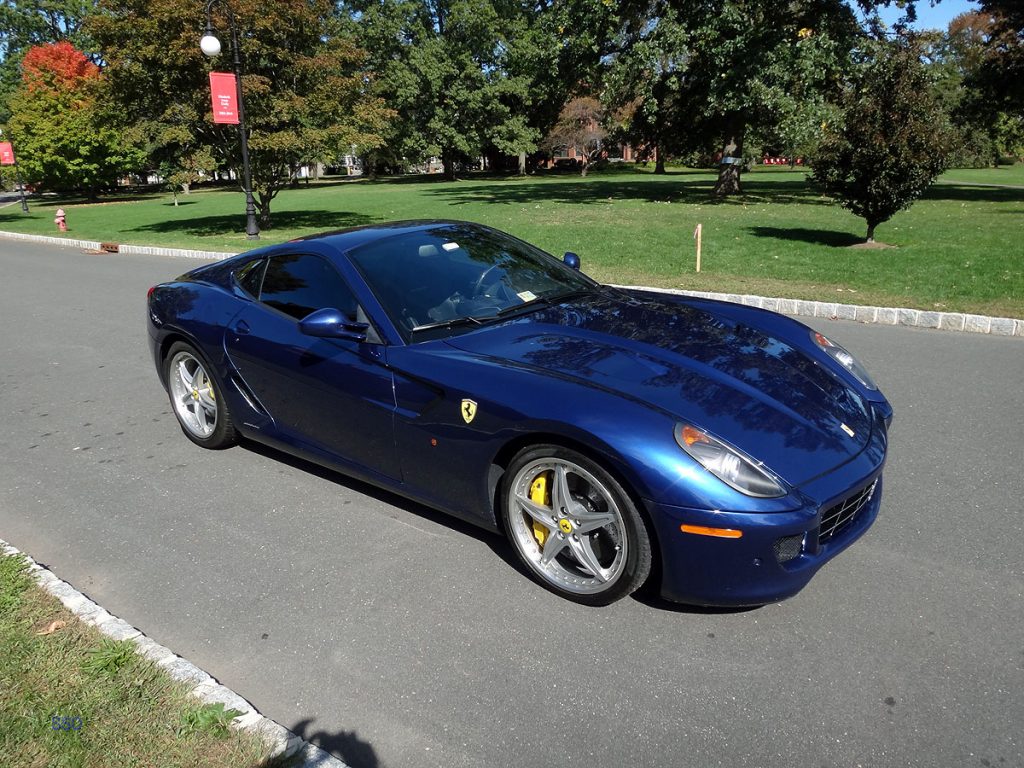 Over the next several weeks, the 599 got quite the work out.  It instantly became Mrs. SSO’s East Coast daily driver and our Grand Tourer for that Fall.  While she has driven many of the other Ferraris that have passed through our ownership over the years, the 599 is the first she really enjoyed driving.  Trips to upstate New York, Vermont, and Connecticut followed in rapid succession.  We put more miles on the 599 in the first two months of ownership than we had on any of the other cars in the preceding 12 months.  For covering huge distances, the 599 was brilliant. Luggage space is more than adequate between the boot and rear shelf.  The cabin is quite comfortable and the carbon fibre buckets are excellent. Power from the 612 bhp Enzo based V12 moves the 599s nearly 2 ton mass smartly.  Acceleration is linear with power continuing to build as the tachometer hand sweeps to the right.  The big carbon ceramic brakes retard progress extremely effectively when call upon to do so. Steering feels a bit light which does impact the perception of how much grip you have in certain conditions.  The only negative experience with the 599 was the result of a high speed fight the right front wheel lost with a large deep pothole on the nasty New Jersey Turnpike.  Rim replacement by the way will put a major hole in your wallet.  On the positive side we now have the base for an interesting glass topped coffee table.. 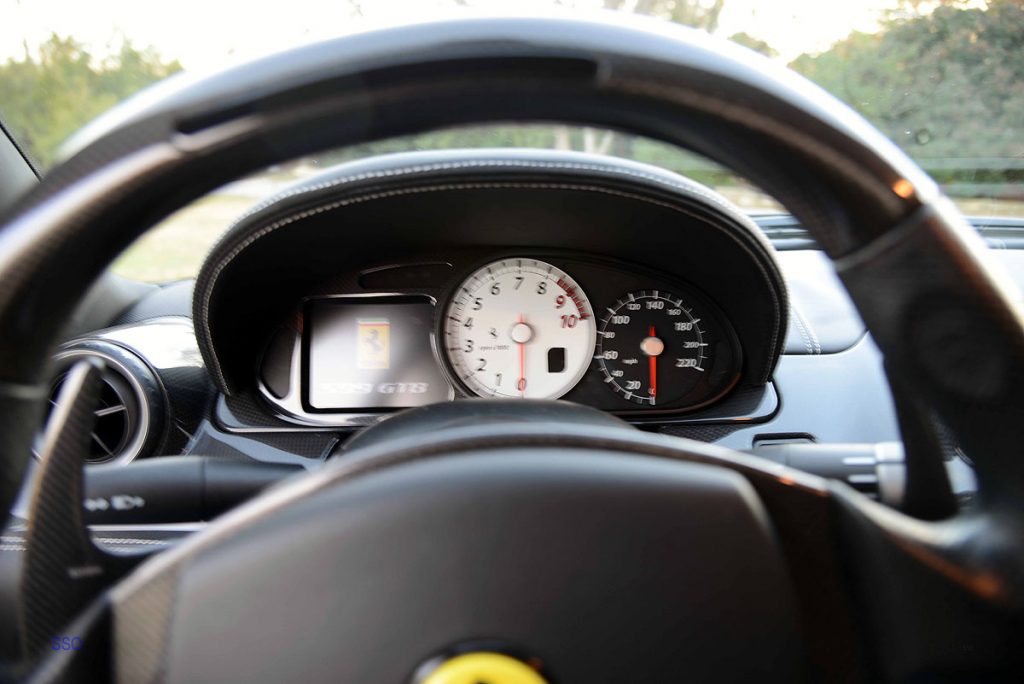 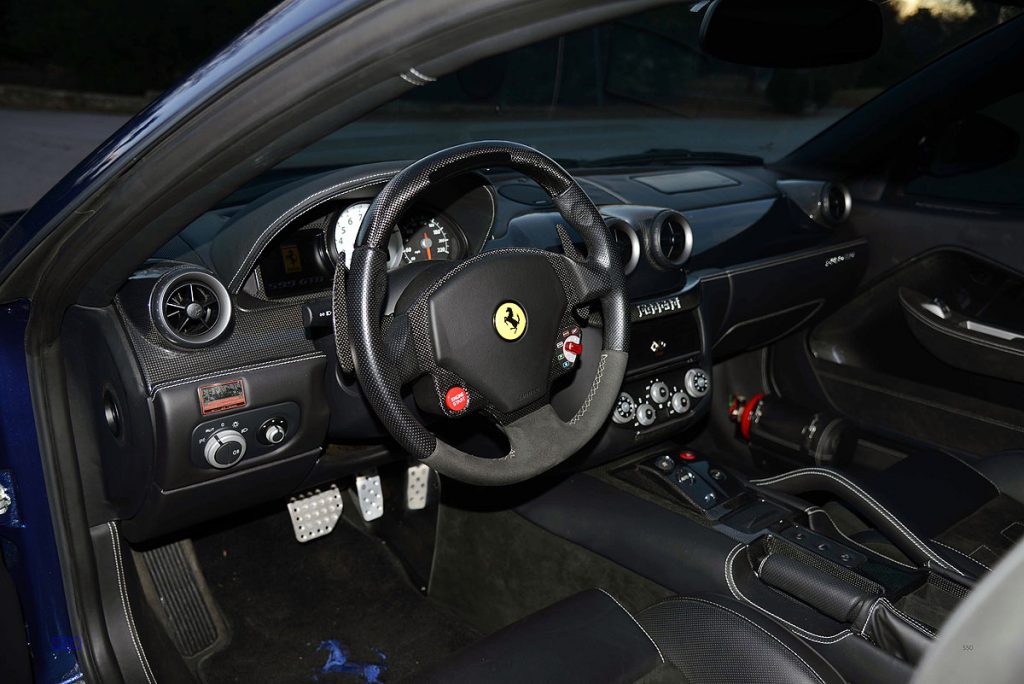 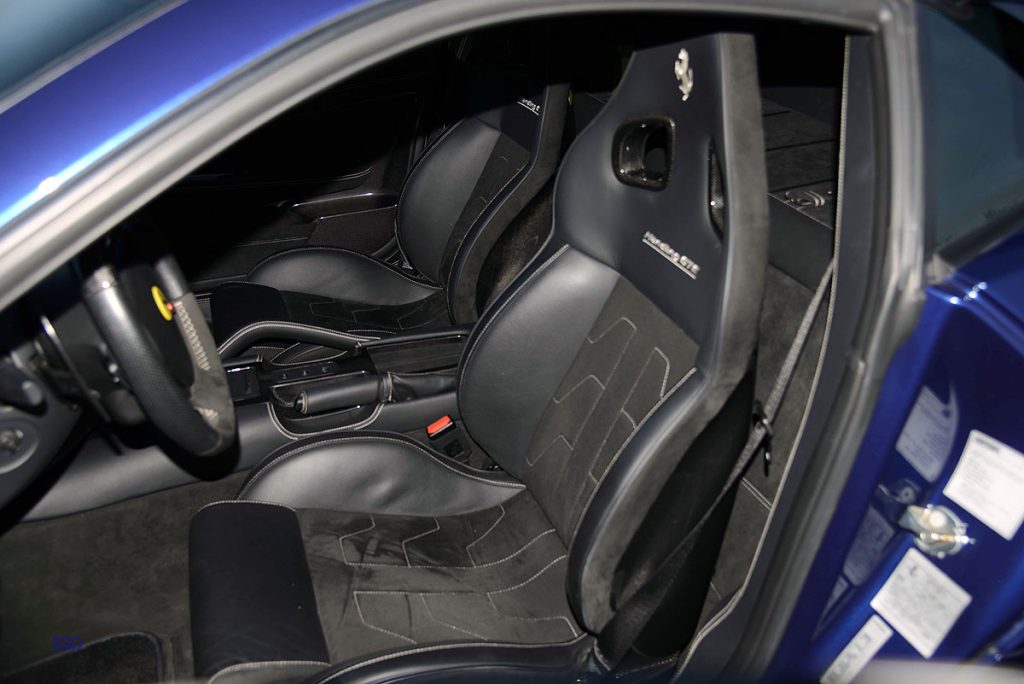 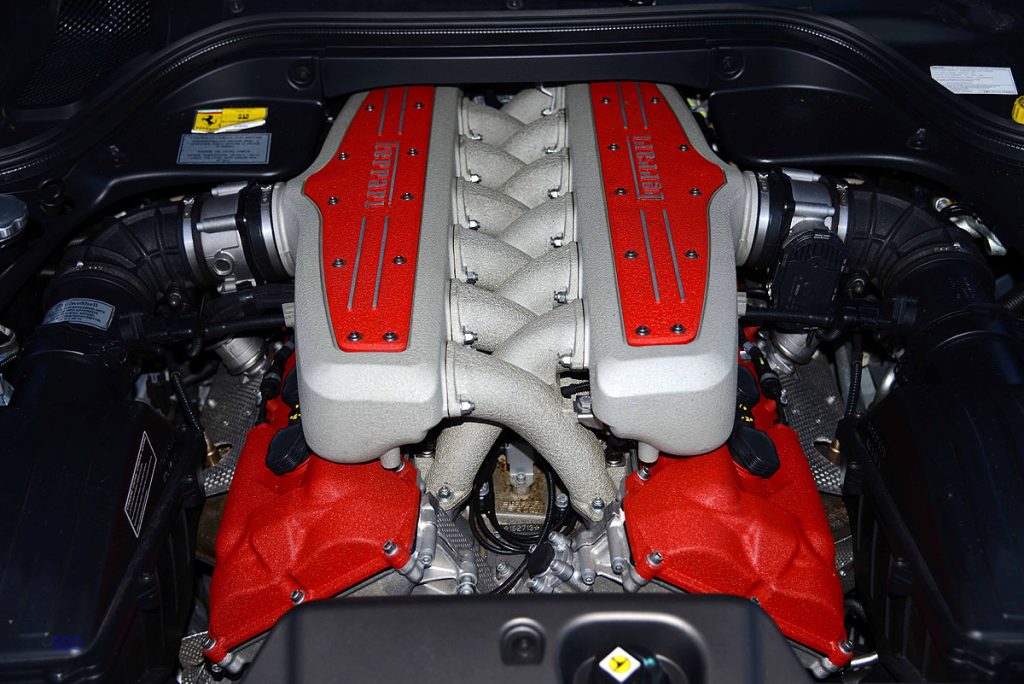 Where we really bonded with the 599 though was up in Vermont.  There are some excellent backcountry roads that wind across the mountainous state. In particular the Mt. Equinox Hill Climb course in southern Vermont is well worth a visit and $15 will get you a run up the mountain.  Being able to really push the 599 unlocked both the brilliance of the 6.0L V12 and the benefits of the HGTE upgrade.  The stiffer suspension and faster gearbox changes give you a bit more of a sports car feeling when you want it without compromising the 599’s long legged touring ability. 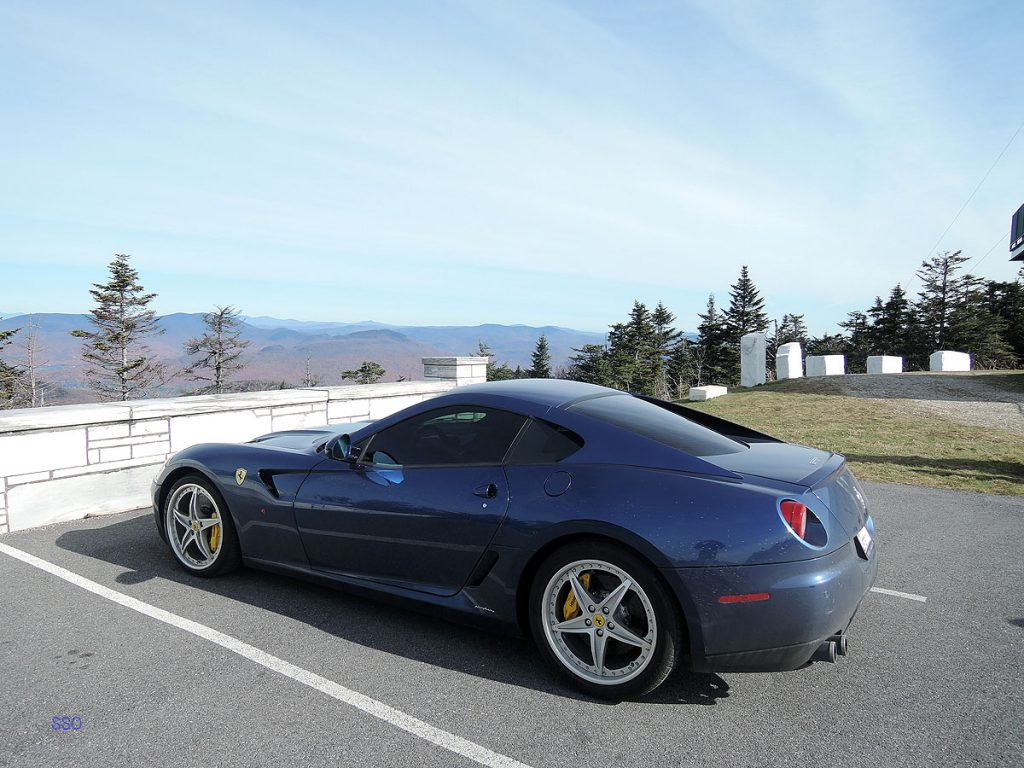 As long as we had the 599 based in the North East, it got plenty of use. Swapping it geographically with the McLaren 675LT Spider changed things dramatically.  Once the 599 got to Texas the amount of road time it saw dropped dramatically. The flat potholed highways of north east Texas did not bring out the best in the 599.  While the 599 will cruise effortlessly for hours, there is little joy in doing so on a straight flat ribbon of disintegrating concrete. 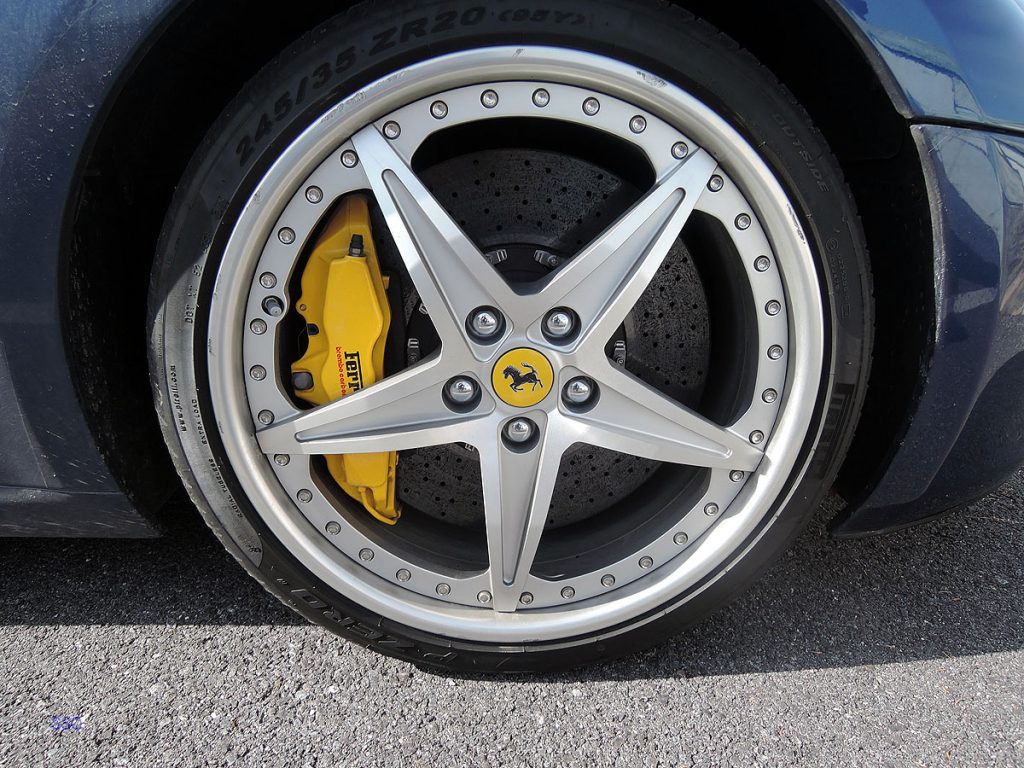 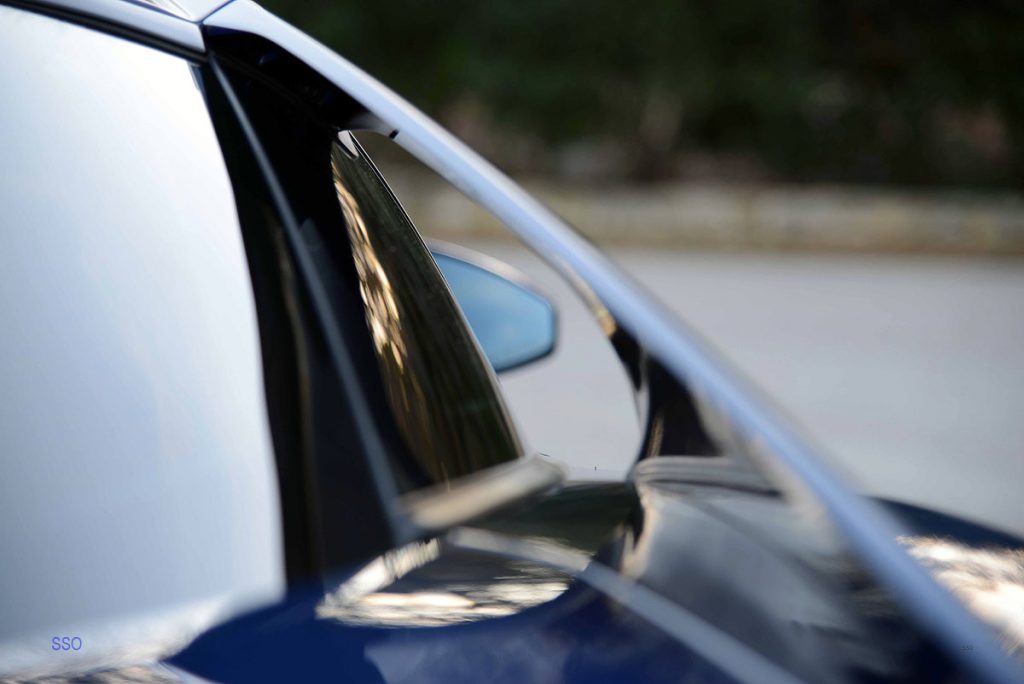 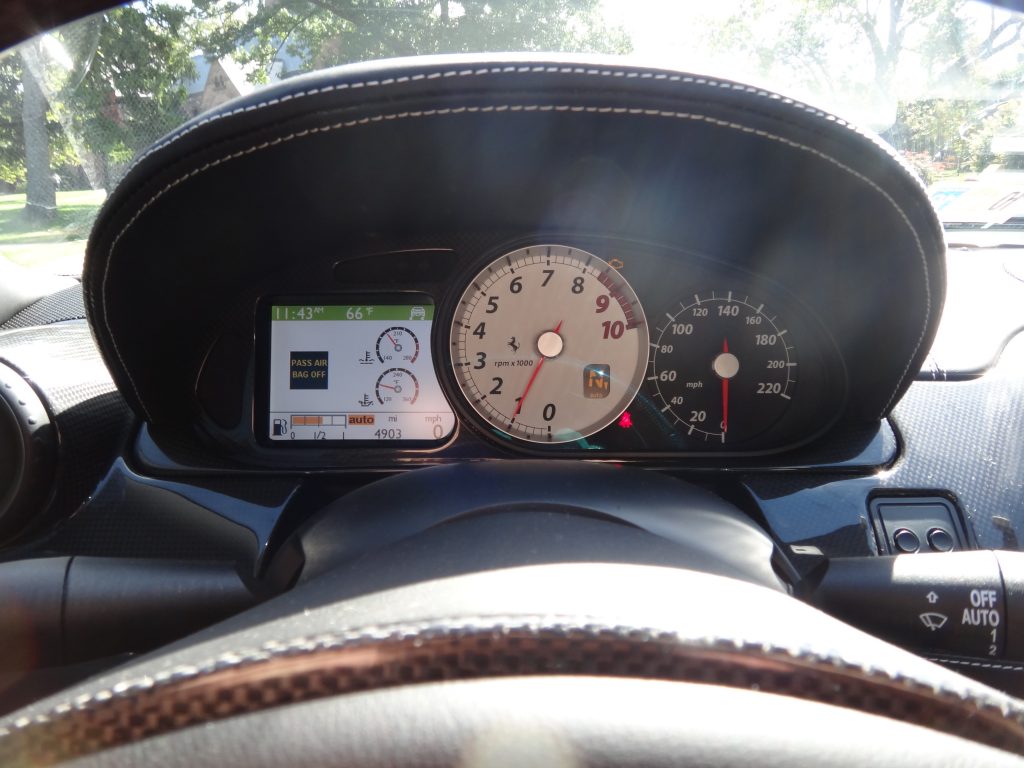 The result of the decline in use led to a lesson on using older battery conditioners. After the poor 599 had sat for nearly a month, my eldest son suggested we take it out for a good run.   With the cover off the car, I hit the boot open button on the key so we could unplug the battery conditioner.  The boot popped right up, and the cord was quickly unplugged.  With that out of the way, it was time to open the doors and bring the 599 to life.  This was the first indication that something might not be quite right as it took 3 attempts to get the doors to unlock.  Once in the driver’s seat and with the key inserted into the ignition and turned to the right, the dashboard lit up like a Christmas tree, every single warning light illuminated. Not normal, to say the least.  My first guess was this was just another exciting example of Maranello electronics and was a result of the car sitting and would disappear as soon as I hit the Start button.  Two seconds later, that theory was completely disproven when nothing, not even a single crank of the starter motor, when the big red button was pressed.  My next guess was a very low battery in the key fob which was not deactivating the immobilizer.  With new batteries in the key fob in place, it was onto start up attempt #2.  Same outcome as the first try. 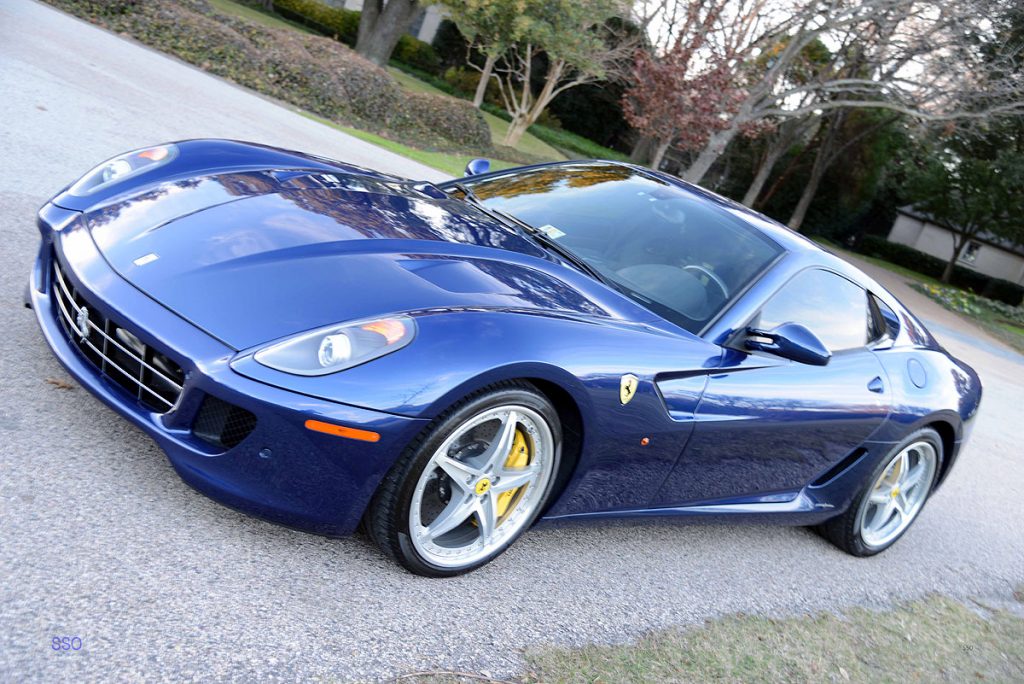 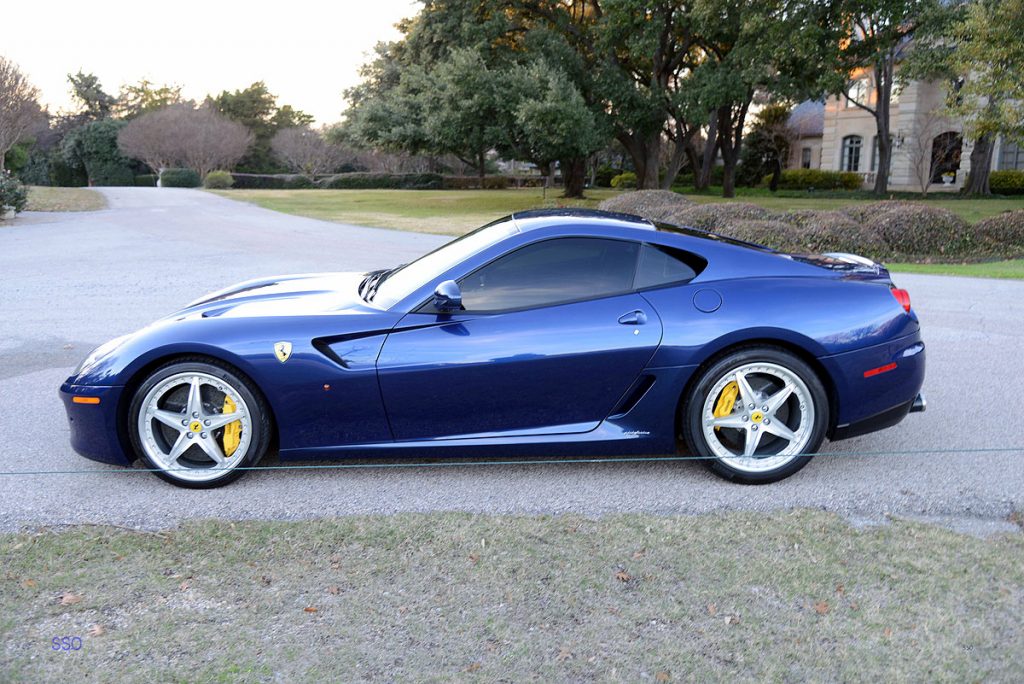 At this point, we turned to the car battery as the likely culprit.  As the Ferrari branded battery conditioner seemed to be operating properly when we first checked the car, the battery did not raise any initial suspicions.  A quick check on the battery voltage indicated it was as flat as Kansas so out came a new Ctek charger to bring it back to life.  By the next day it was fine, lesson learned. 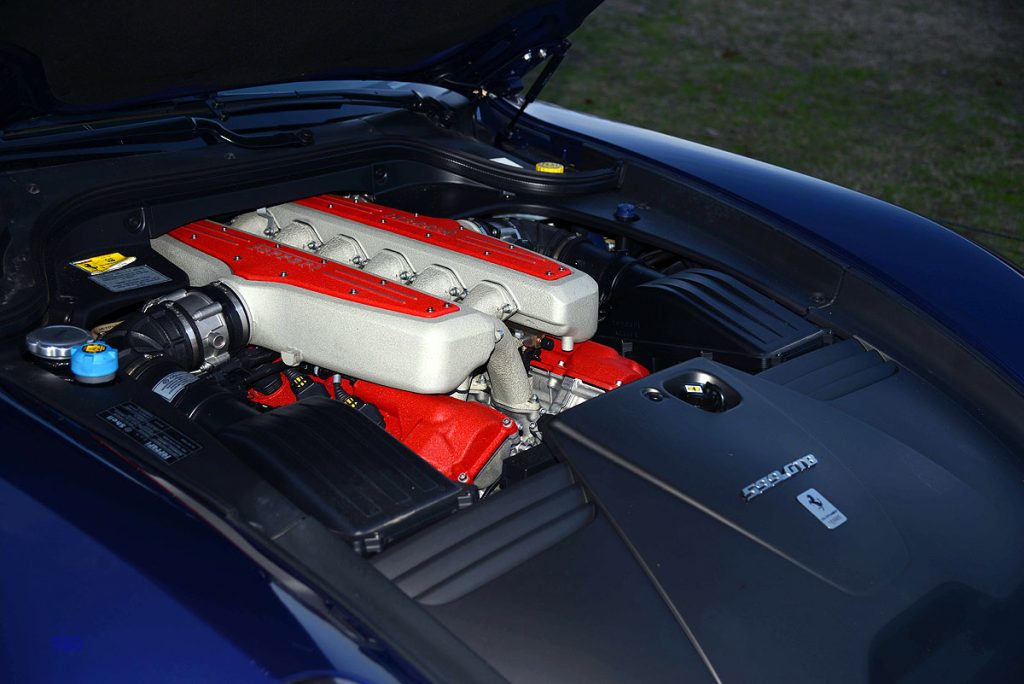 One of our house rules is that cars that don’t get used need to depart to new homes.  The 599’s sedate life in Texas put it at risk with the next new arrival.  When we got the call that our McLaren 720S was in production, the decision was made to trade in the 599 to make room.  As with most front engine Ferrari GTs, we really liked the 599 and it was a magnificent car.  I can’t say I loved it though, given the choice of a 430 Scuderia or a 599 GTB HGTE, I would be grabbing the keys to the former 9 out of 10 times.  In terms of most vivid memory of the 599, it would have to be the Enzo based 6.0L V12 engine.  The V12 is magnificent and in my mind is the single unique defining characteristic of the 599 GTB HGTE.  . 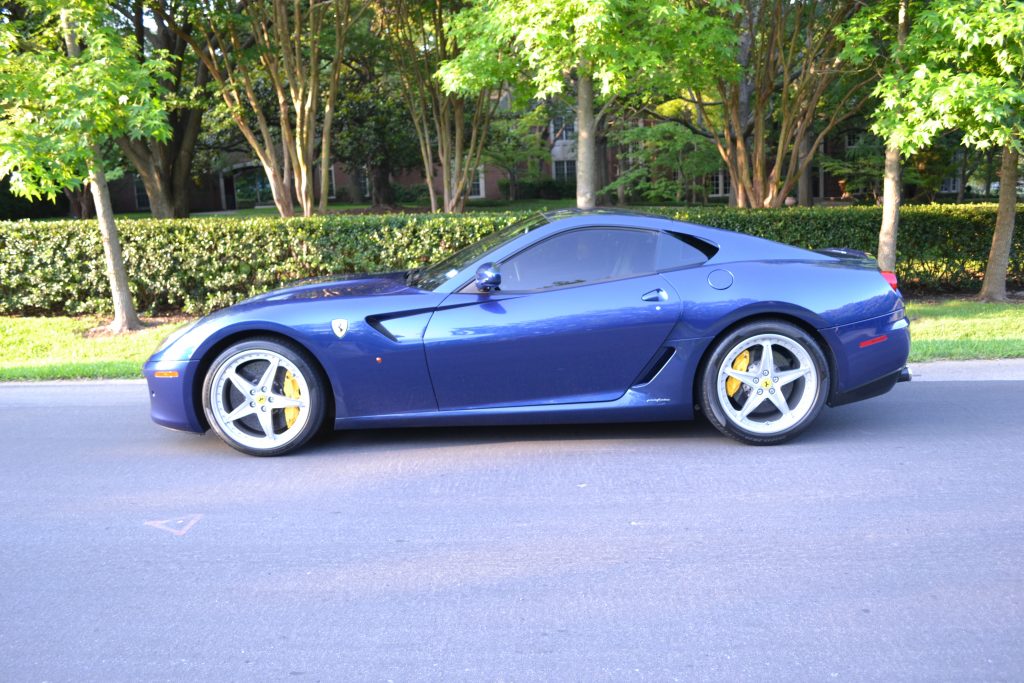