On paper, comparing the McLaren 720S Spider to the 650S Spider doesn’t seem like much of a fair fight.  The 720S is the current generation “Super Series” car while the 650S is the previous generation.  The 720S was built against a brief to not only beat all competitive benchmarks but leap a few generations forward.  In terms of outright performance, even 3 years after the 720S launch, Ferrari and Lamborghini are still struggling to catch up.  The 650S on the other hand was an evolution of the 12C, who’s original development traces back to 2007.  The 720S is built around a new lighter, stiffer, carbon fiber tub, and has a 69 bhp advantage over the 650S.  Over 90% of the 720S’ parts are new. 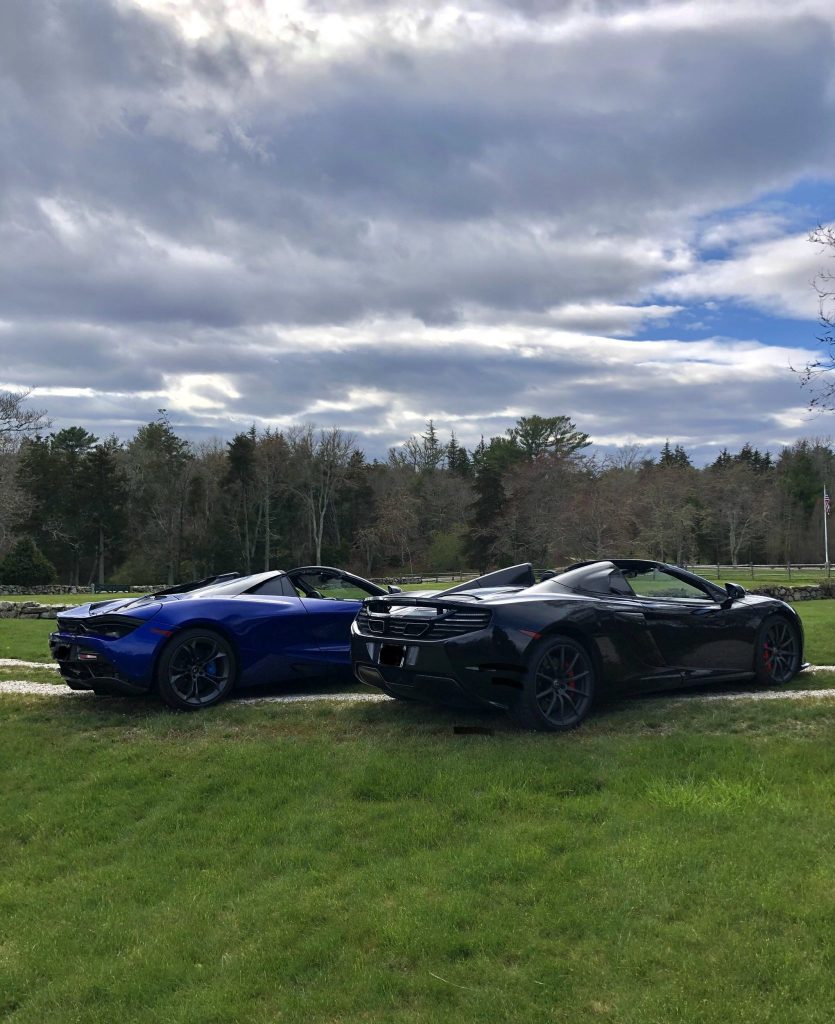 So why the comparison?  Two reasons really, the first is to capture just how far forward McLaren has moved the game on with the 720S Spider and the second is to reinforce just how good the 650S Spider still is today.  I also have an enormous soft spot for the 650S Spider, as it has been my daily driver (650S Spider Daily Driver) for almost 5 years now. 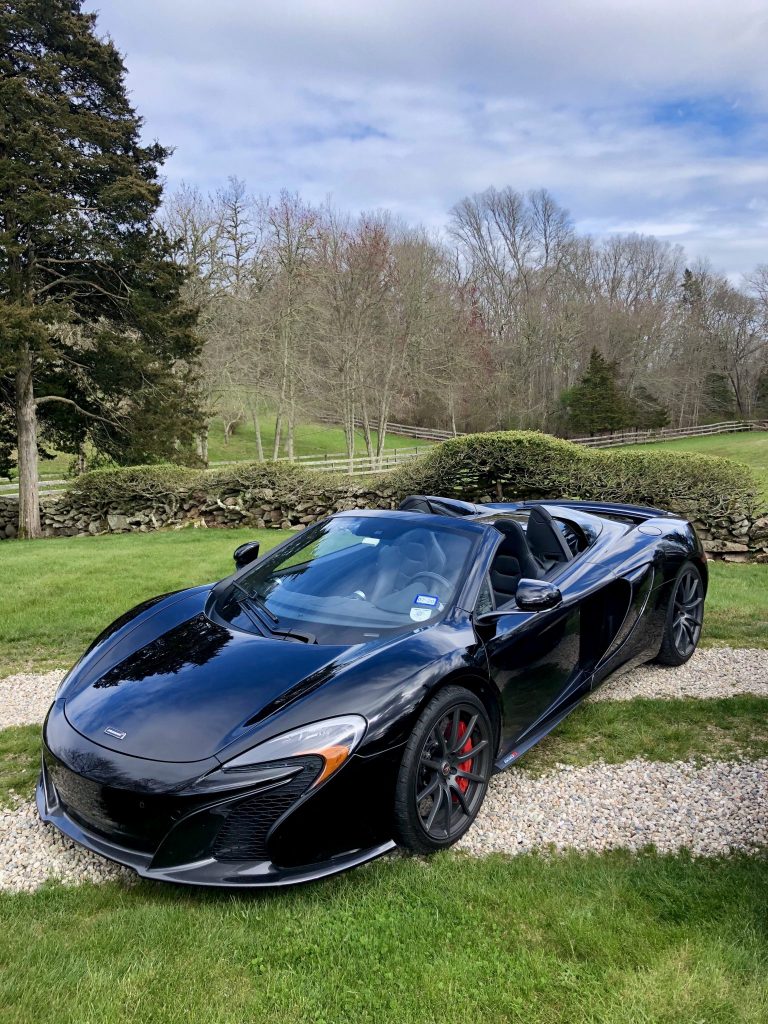 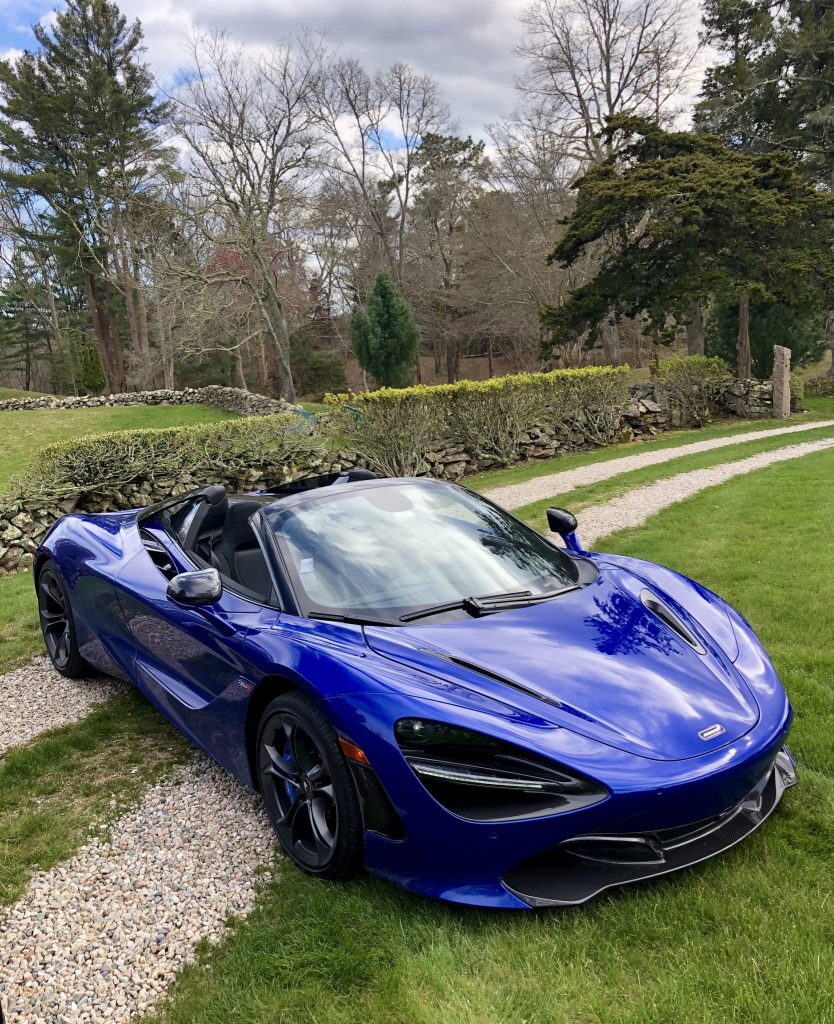 Initially I was a bit skeptical on trading in the 2014 12C Spider for the 2015 650S Spider.  It was one of the last 12Cs built and I thought it was a significant improvement on the earlier cars.  However, the 650S Spider really moved things forward. It’s hard to put your finger on exactly why and where the 650S Spider is better than the 12C but it just is and it’s across every dimension.  The twin-turbo 3.8 liter V8 engine delivers 641 horsepower and 500 pound-feet of torque, enabling the 650S Spider to hit 62 mph in 3 seconds and 124 mph in 8.4 seconds.  Power delivery, handling, suspension, brakes, were all just a bit improved and when you add the whole package up, what you have is a noticeably better car.  The changes in suspension were particularly noticeable as the “floaty” feeling you could get in the 12C had been eliminated but the ride quality has not been compromised. 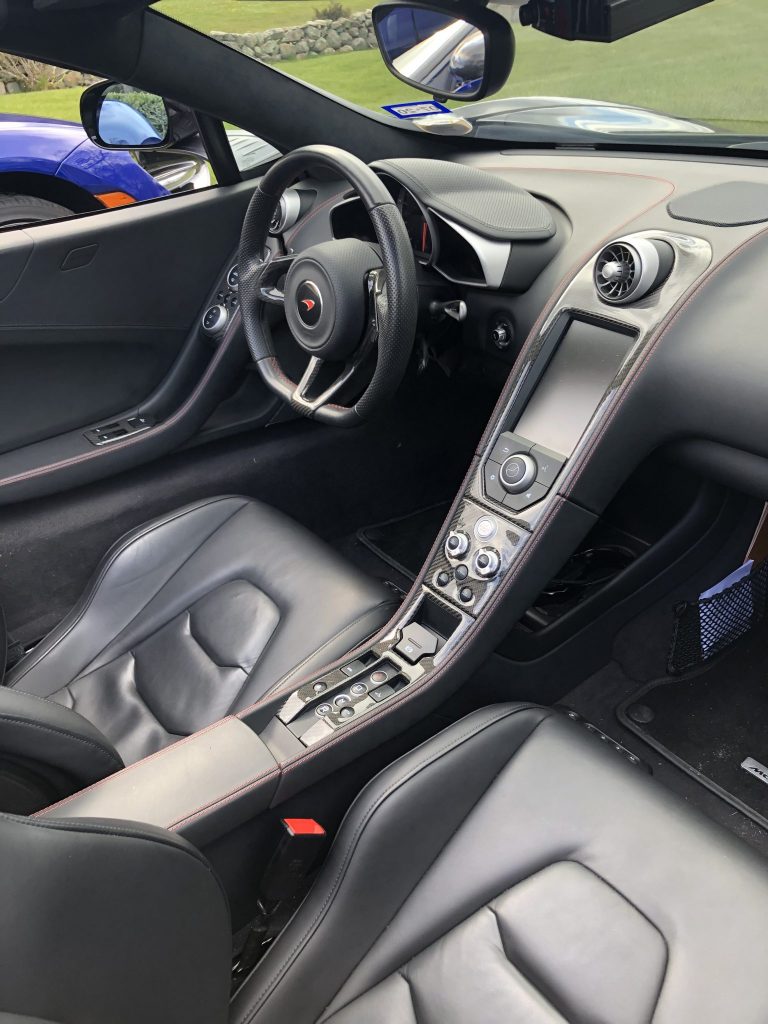 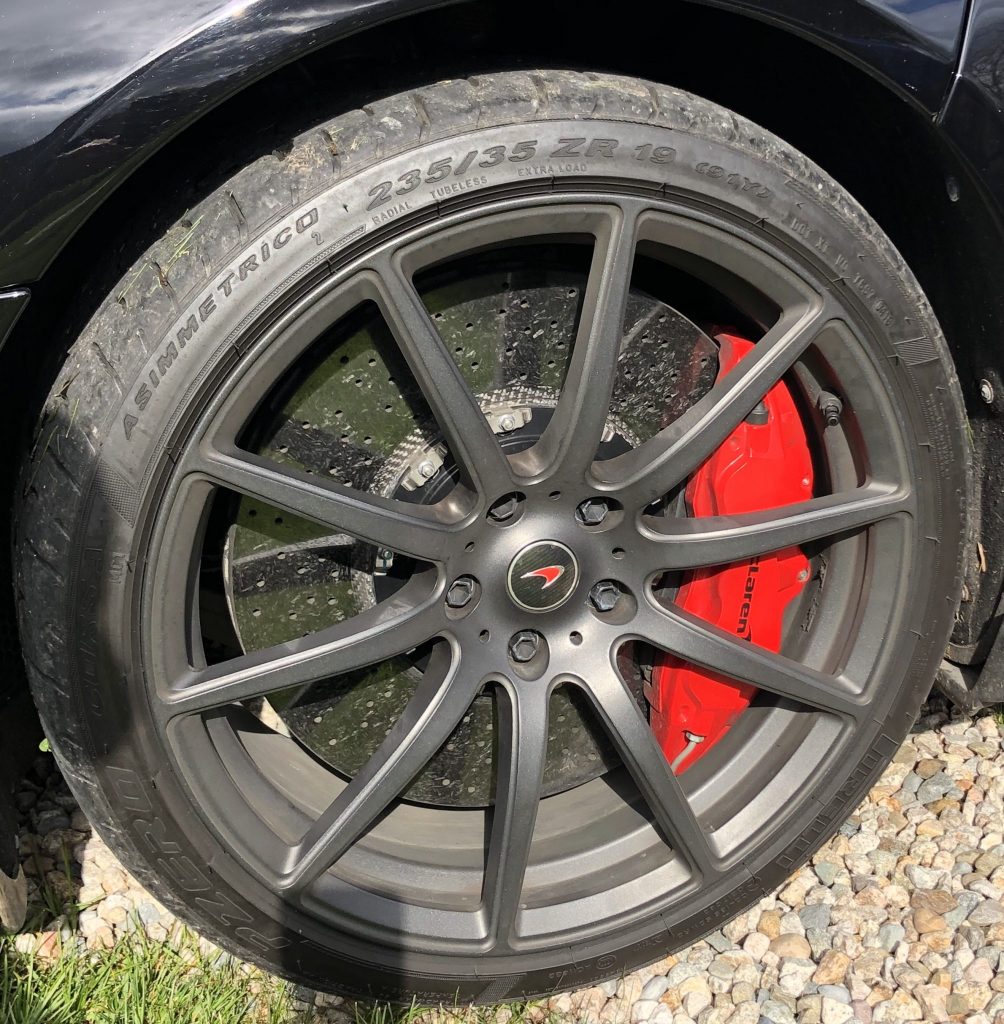 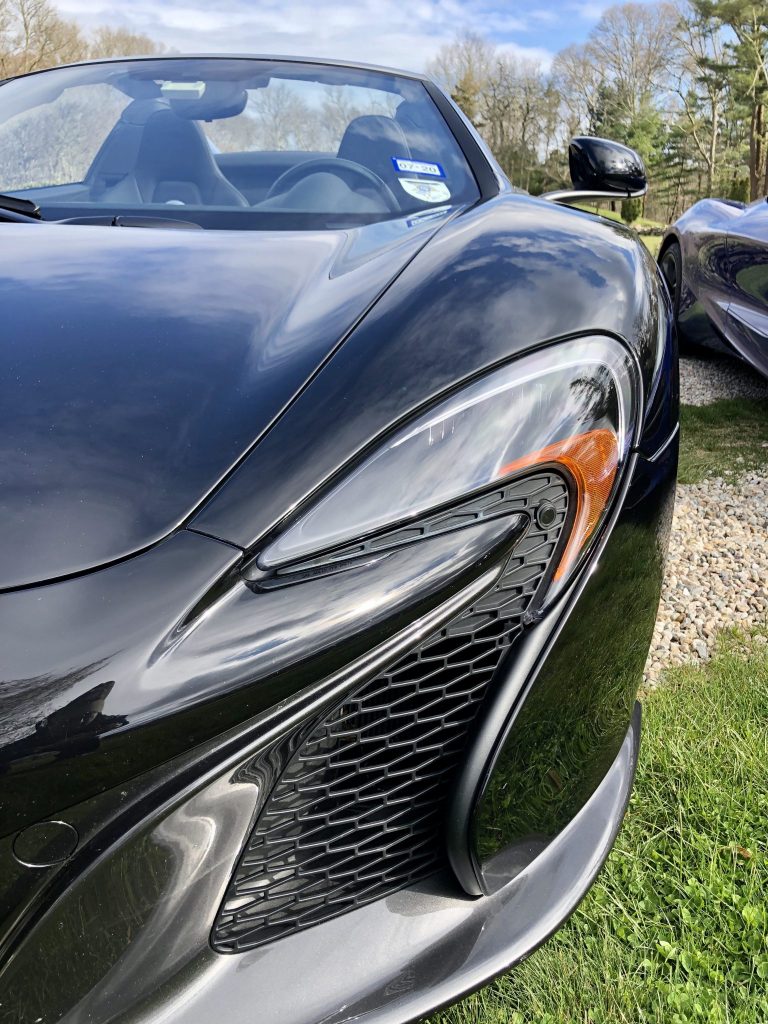 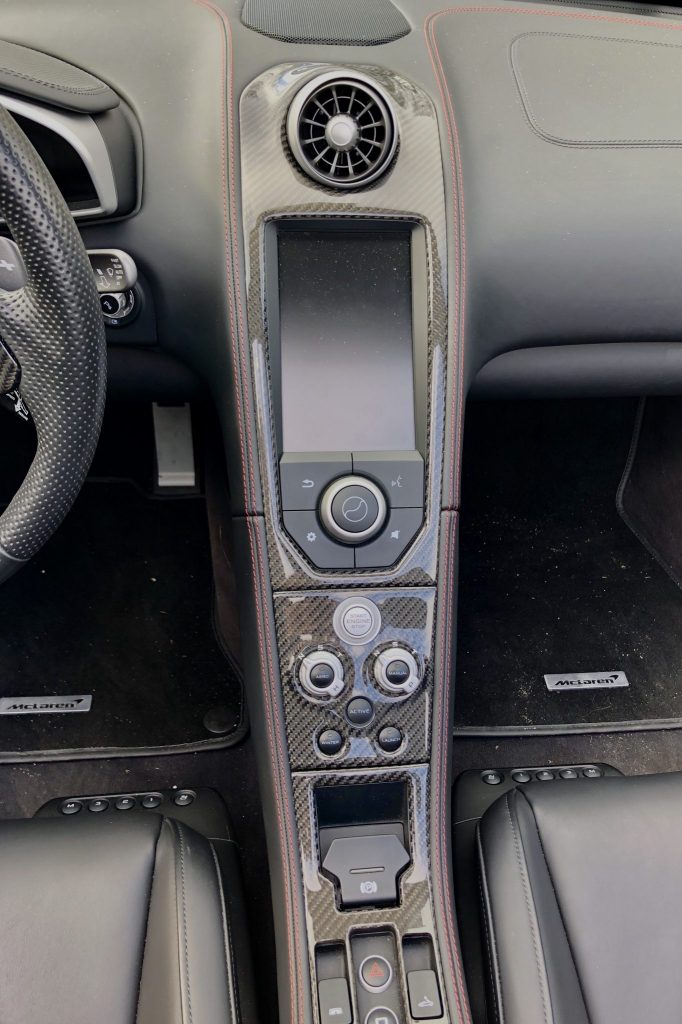 While we have had our 720S Spider for 6 months, due to winter and the call of the mountains, we have only been in the same location for half that time.  Since we returned from the ski slopes, we have added several hundred miles to the 720S Spider odometer via a number of long drives pre the Covid-19 lock down and then on a few grocery runs during the current lock down.  It’s been enough to get the break in miles out of the way so we can begin exploring all of its immense capabilities.  No other car I have driven combines smooth and quick the way the 720S Spider does.  One of my first impressions is that the 720S Spider seems to ride slightly more smoothly than its closed roofed brother who’s slot it took in the garage.  The suspension provides a beautiful balance of both road feel and smoothness that irons out the imperfections in the rather iffy local blacktop. Steering weight and feedback are excellent.  There is zero body roll when cornering and it remains beautifully balanced across the axles.  With a twin-turbo 4.0 liter V8 engine that delivers 710 horsepower and 568 pound-feet of torque, the 720S Spider will hit 62 mph in 2.8 seconds and 124 mph in 7.8 seconds.  Power delivery is the most linear of any non-hybrid turbo charged car I have owned.  The 7-speed dual clutch gear box is incredibly quick.  The three transmission modes provide a nice range of choices from civilized to tasered cat.  When “on it” in sport or track mode upshifts bang off wonderfully, rewarding the inner petrolchild.  The carbon ceramic brakes are massive and instill confidence just by looking at them.  The 720S Spider is one supercar that “stops” as well as it “goes”.  The 720S Spider is a deeply engaging and rewarding car to drive. It excites and engages but not does not leave you battered and exhausted after a few hours behind the wheel. 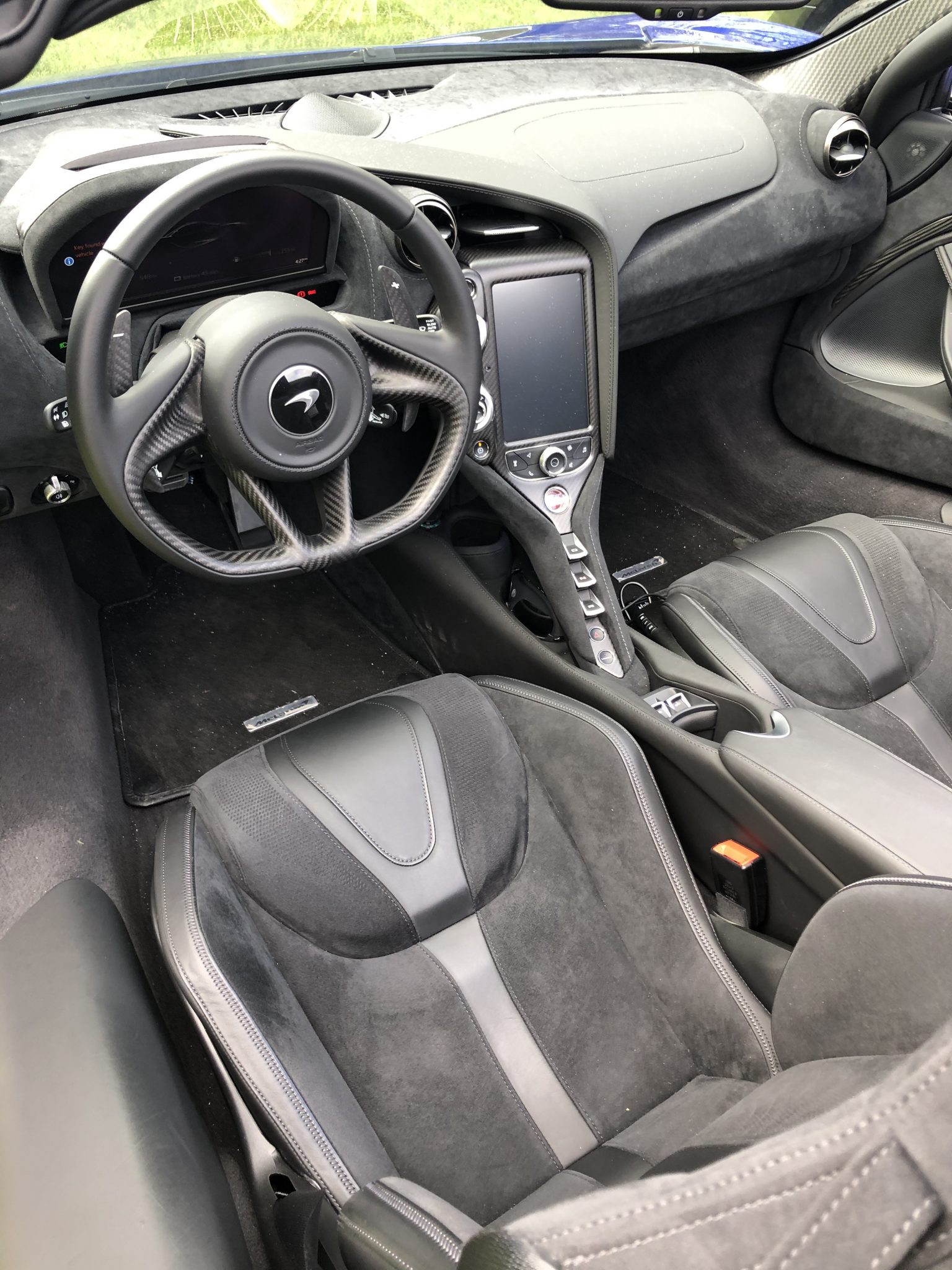 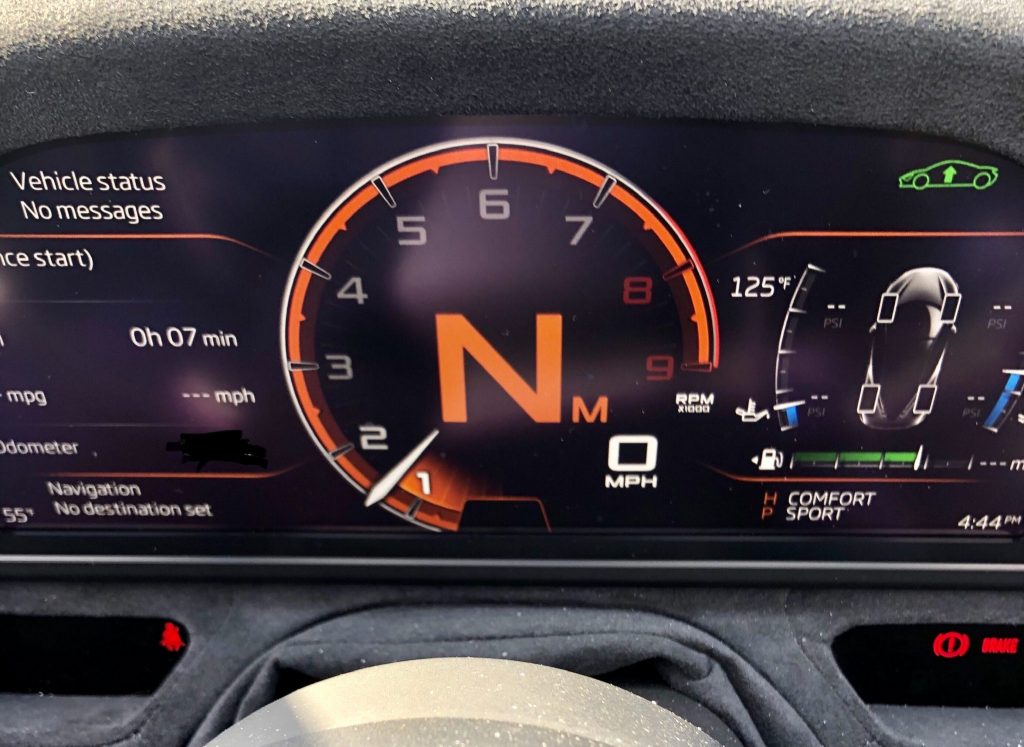 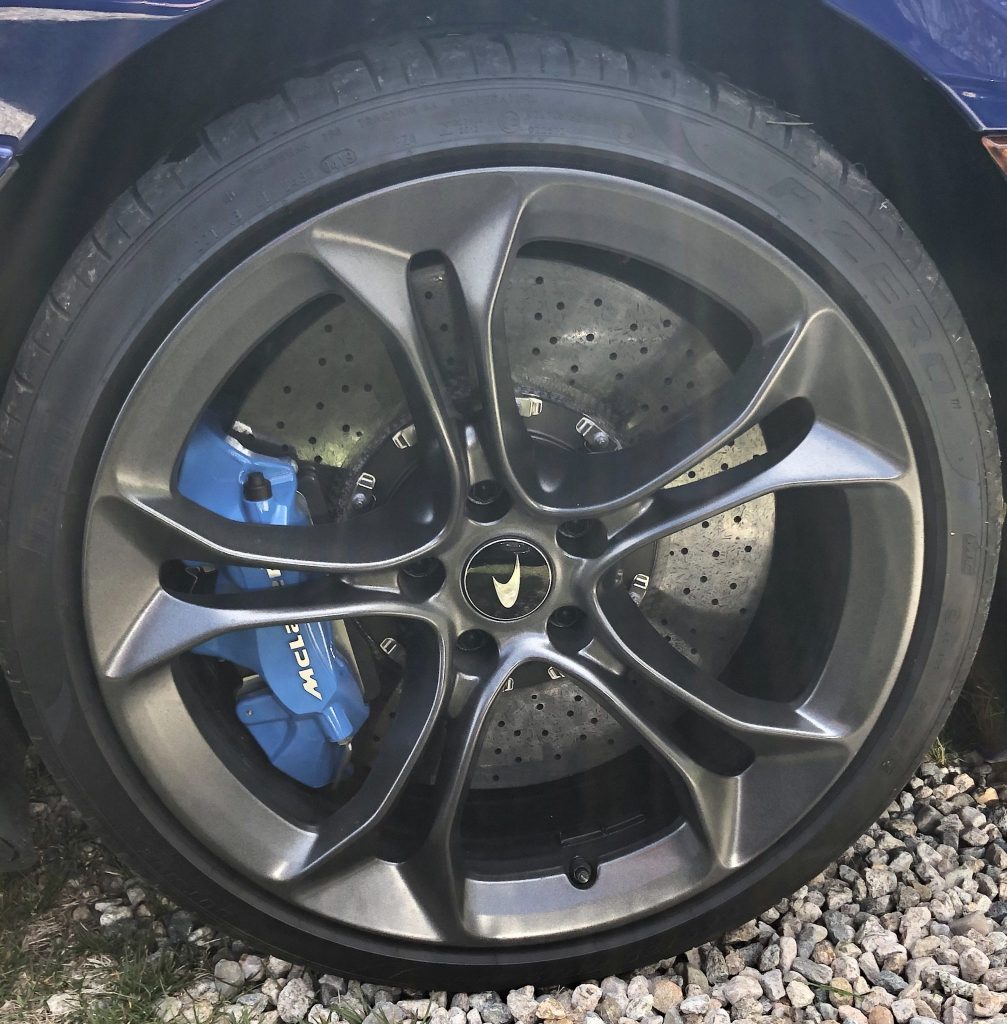 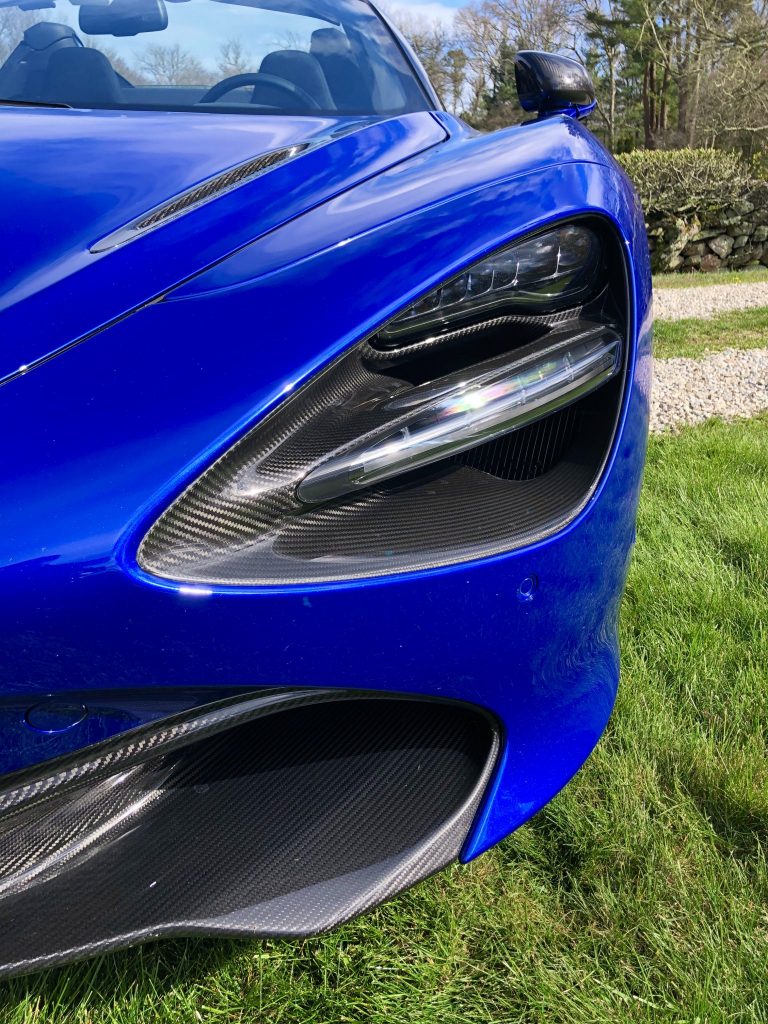 There are two items where I actually prefer on 650S Spider to the 720S Spider: the seats and the climate controls.  While Mrs. SSO prefers the seats in the 720S Spider, my preference is for the one’s in the 650S Spider.  It may simply be down to years of familiarity, but I do find them more comfortable.  One area we both agree on is the electric seat controls are more intuitive and easier to operate on the earlier car.  We also both prefer the door mounted climate controls on the 650S Spider as neither one of us is a huge fan of having to scroll through menus on a touch screen when a simple dial will do.  Mrs. SSO also prefers to keep her side of the car a bit warmer which is much easier to do with a door mounted dial vs. having to scroll through menus and then adjust the temperature on a touch screen. 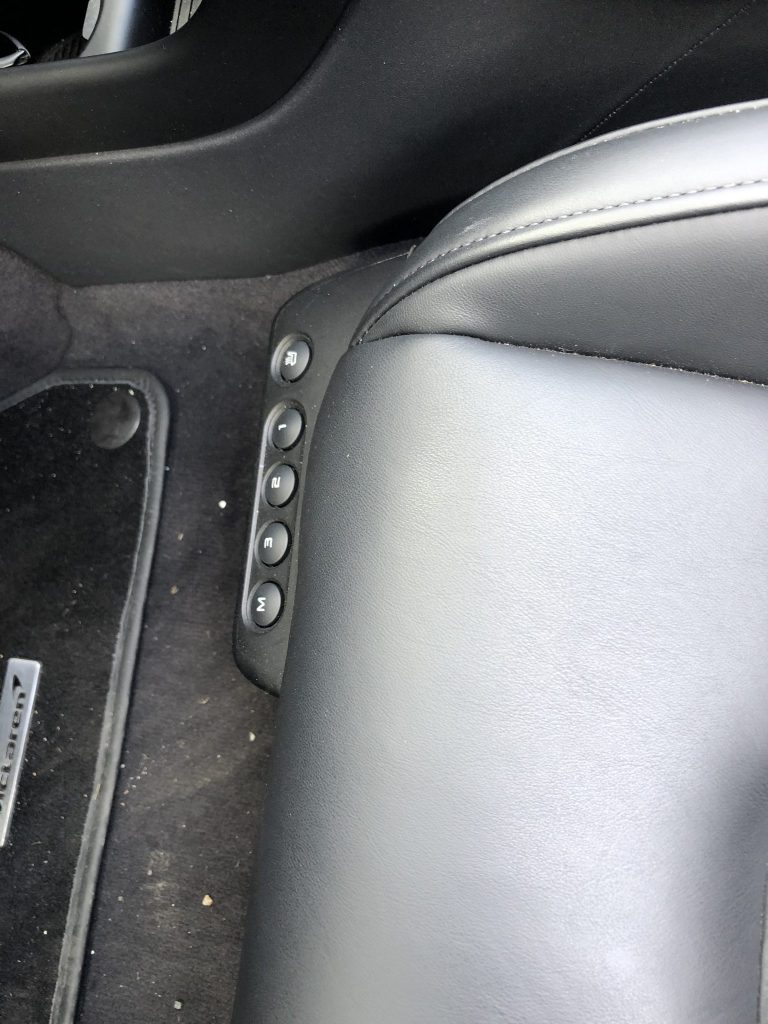 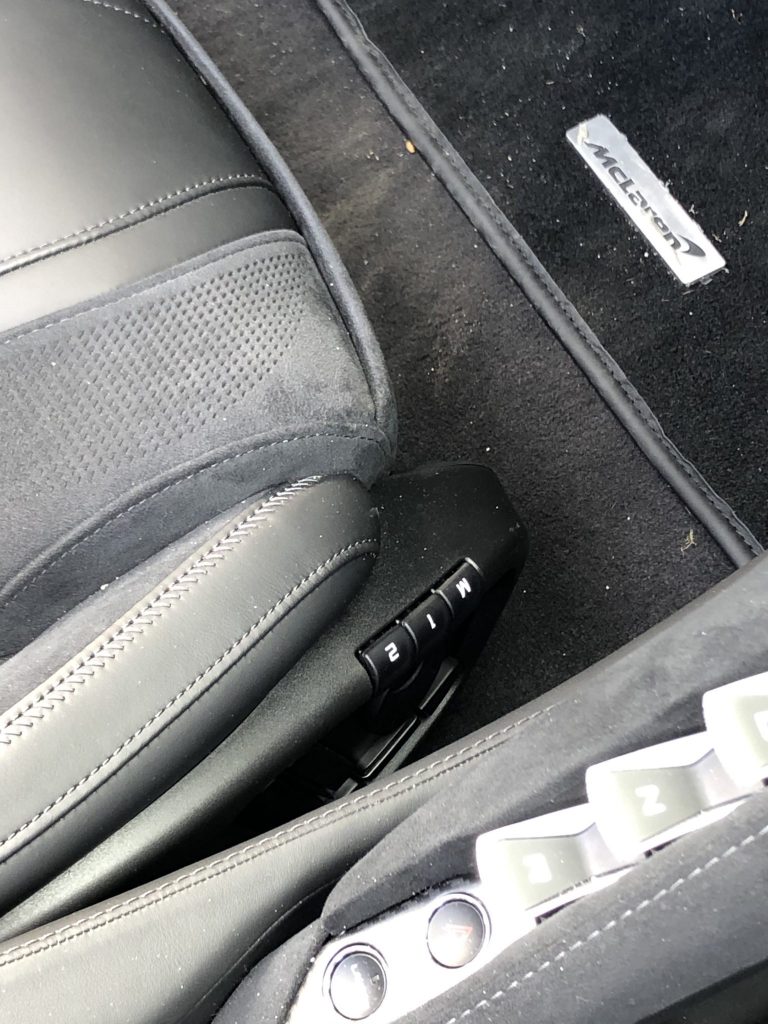 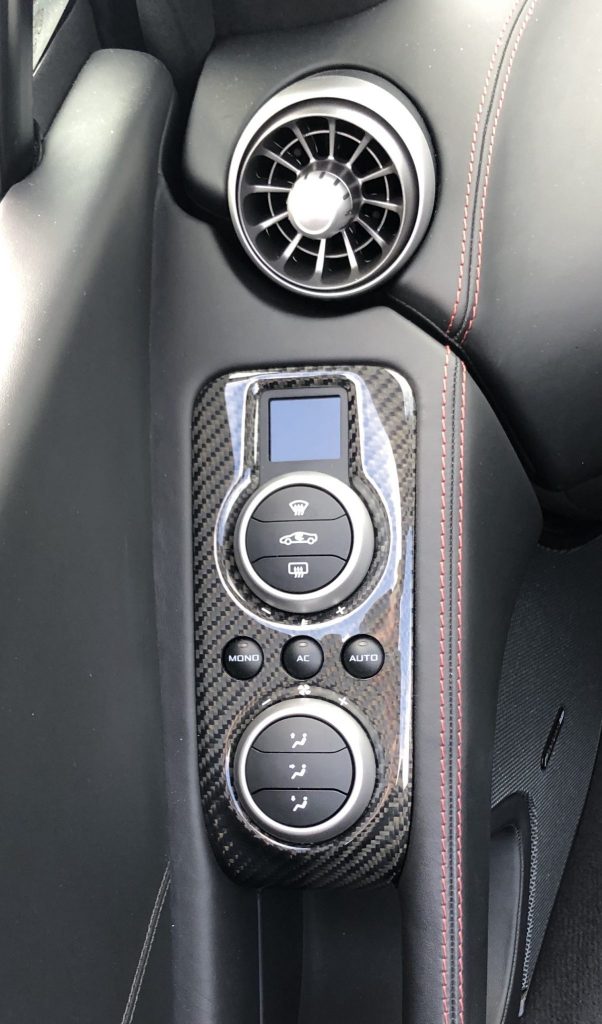 On paper the 720S Spider is clearly the superior car, as it should be given where it sits in McLaren’s evolutionary timeline.  Spend time with a 720S and you can see how McLaren has incorporated learnings from the 12C, 650S and 675LT into its development.  The engineers at McLaren are good Darwinists, each generation is better than the last, which is in fact McLaren’s core selling point (Ferrari takes more of a creationists approach….we created it, it’s a Ferrari and therefore you should be delighted to have the opportunity to buy one.) In terms of performance, the 720S Spider is a hypercar in supercar clothing.  However, that takes nothing away from the 650S Spider.  On its own the 650S Spider is an outstanding supercar, so good in fact that it still on par with just about anything the competition has in their portfolio today.  Hence why I see no reason to change my daily driver, for at least the next couple of years. 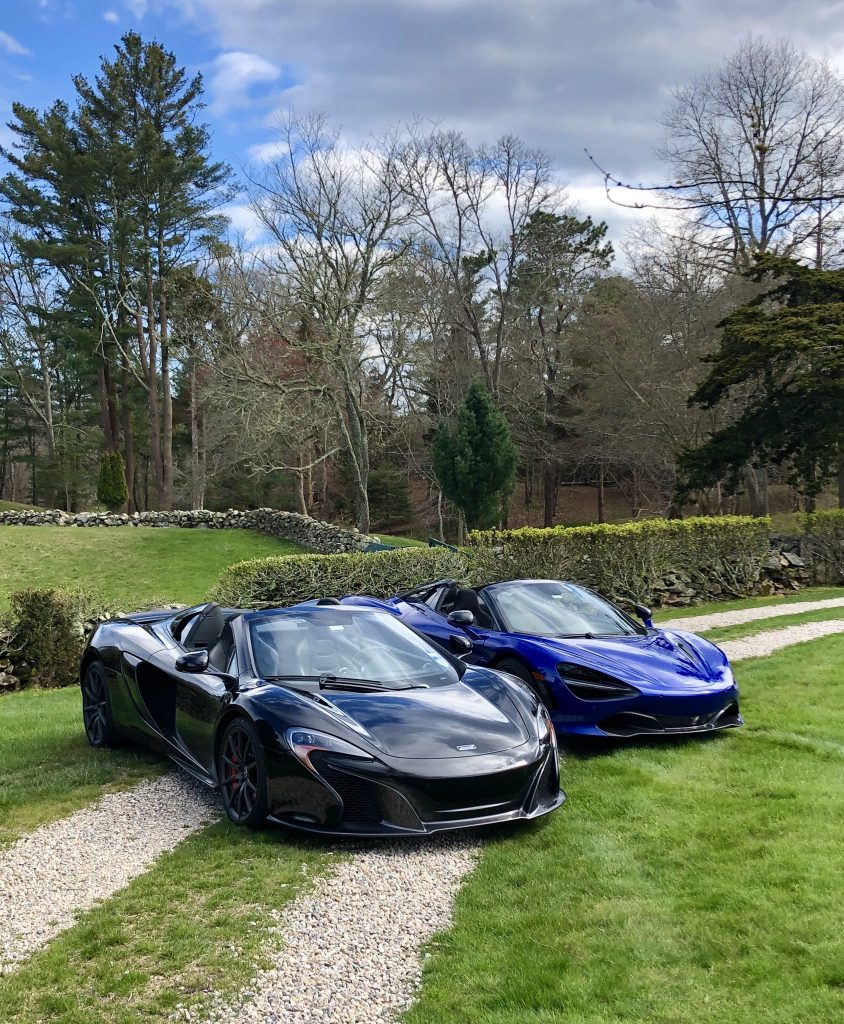 Great comparison between these two cars. I’ve been a big fan of McLaren since they rolled out the 12C and were able to give Ferrari a bloody nose with it, especially considering it was a their first attempt at a road car. The 720S is supposed to be the successor to the 650S which when new, went to battle against the 458’s and Huracan, but the performance and level at which the 720S operates at is more comparable to that of a Hypercar (think 812, Aventador, P1, Huayra). It really has moved the game on, and I’m looking forward to seeing what the other manufactures respond with. 650S for me is right up there with the 911 turbo s for everyday practicality, and amongst the best (If not THE best) any other super car has to offer in terms of performance. Great to see it getting used daily and not stored away.