Super & Hypercars: Who Lives, Who Dies?

Several months ago I posted an article on the saturation of the Hypercar Market (Too Much of a Good Thing).  In the article I mentioned a number of micro manufacturers who have jumped into the hypercar market recently including De Tomaso, Pininfaria, SCG, and Gordon Murray Automotive.  This is on top of a number of hypercars that have been announced in the last several years from Aston Martin, McLaren, & Mercedes-Benz.  Given the current global economic situation and the likelihood that we will continue to live under the threat of multiple waves of Covid-19 until a vaccine is available, the question is how many of these hypercars will now actually see the light of day.  Here is my semi-educated guess on which one’s will live to see the light of day, and which, like the Jaguar C-X75, will disappear quietly into a limbo of unrealized dreams and unallocated development costs.

The marketing behind the De Tomaso P72 launch was impressive and from what I have gathered all 72 planned cars had deposits placed against them in short order.  In fact, I understand that De Tomaso had far more individuals expressing serious interest than they had build slots.  However, that was all back in July and August 2019.   The initial deposit was around $110k/ €100K and was to be fully refundable until the final vehicle specifications were released.  In a departure from what is common practice, the P72 deposits are being held in escrow and not directly by De Tomaso.  This is interesting as it is an indication that De Tomaso has the funding in place to develop and at least start production on the P72 and is not relying on customer funds to pay the bills.  However, the last official news from De Tomaso was back in October 2019 when they announced that the P72 would be powered by a Ford supplied V8.  Since then it’s been radio silence.  The only activity recently around the P72 has been the appearance of a second De Tomaso signature blue development car at a number of events in the US in Q1 2020. Why De Tomaso would go to the expense of showing a second (or have the 1st one repainted and reupholstered) P72 if all are were spoken for months ago does raise a few questions.  This wouldn’t be the first time that a car manufacturer overhyped interest in a model and/or a number of early depositors have walked, and the waitlist post Covid-19 for a $850K one off supercar wasn’t very deep.  My guess is this is a project with a number of challenges right now and while some cars will eventually get made, the production numbers will likely get cut and deliveries will be delayed well beyond the original 2020 target. 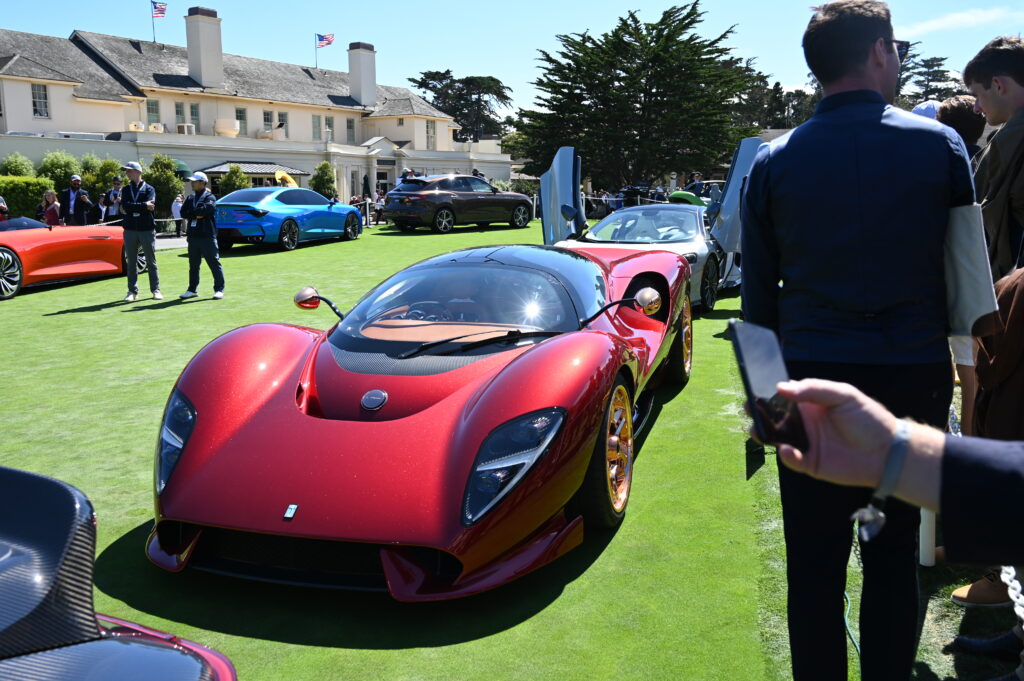 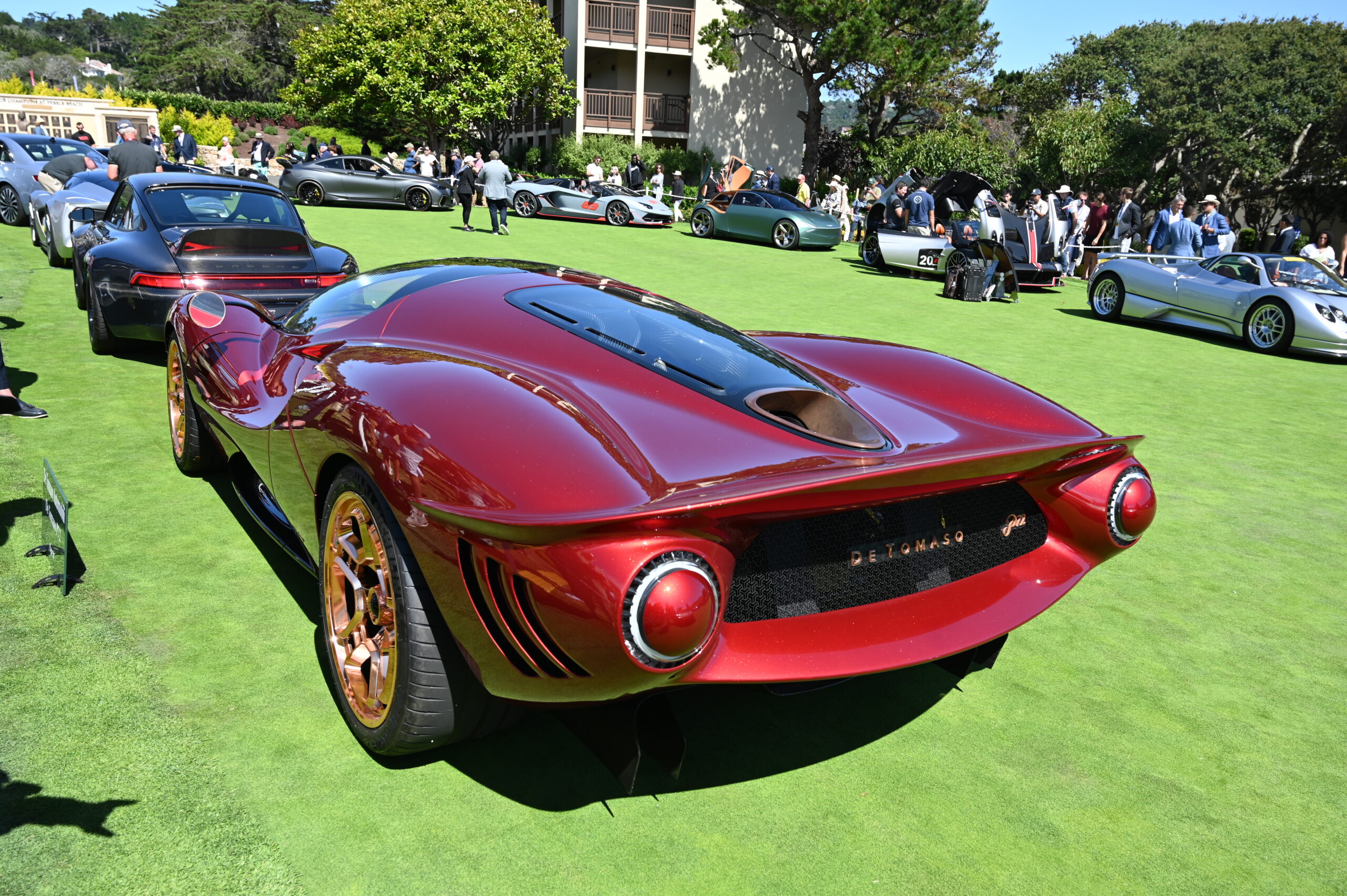 In terms of name recognition in the supercar world, Gordon Murray has to be in the top 3.  If he never lifted a drafting pencil to paper again after the McLaren F1, he would still be worshipped as an automotive demi-god by just about all.  However, Gordon has put his reputation on the line with the $3.2 million T.50.  While I don’t know what his financial backing is, given the $740k deposit being requested on the $3.2 million T.50, it does seem like a lot of the car’s development costs will be covered by the eventual owners.  As a sign of how dedicated Gordon is to the project, he sold his McLaren F1 to help fund it.  Out of the 100 T.50s that will be produced, I believe there are at least 70 firm deposits.  Given that production isn’t planned until 2022, I would bet that all 100 build slots are spoken for before the 1st chassis leaves the production line.  With Gordon’s reputation, this is one project that I do believe will go forward as planned and get delivered on time. 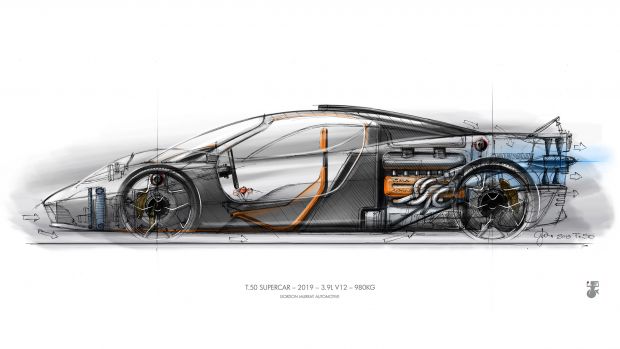 While the Pininfaria Battista is a beautiful work of art, a $2.5 million technology showcase that will be outdated quickly is a very tough sell in today’s environment.  With 150 units planned plus another 5 limited edition units, finding buyers was always going to be challenging task.  Having been approached multiple times, I can only surmise that the order book is far from full.  If the Battista was a third of the price and had a V12 in the back, I think it would have a much better chance of seeing the light of day.  My guess is this is a project that will get cancelled. 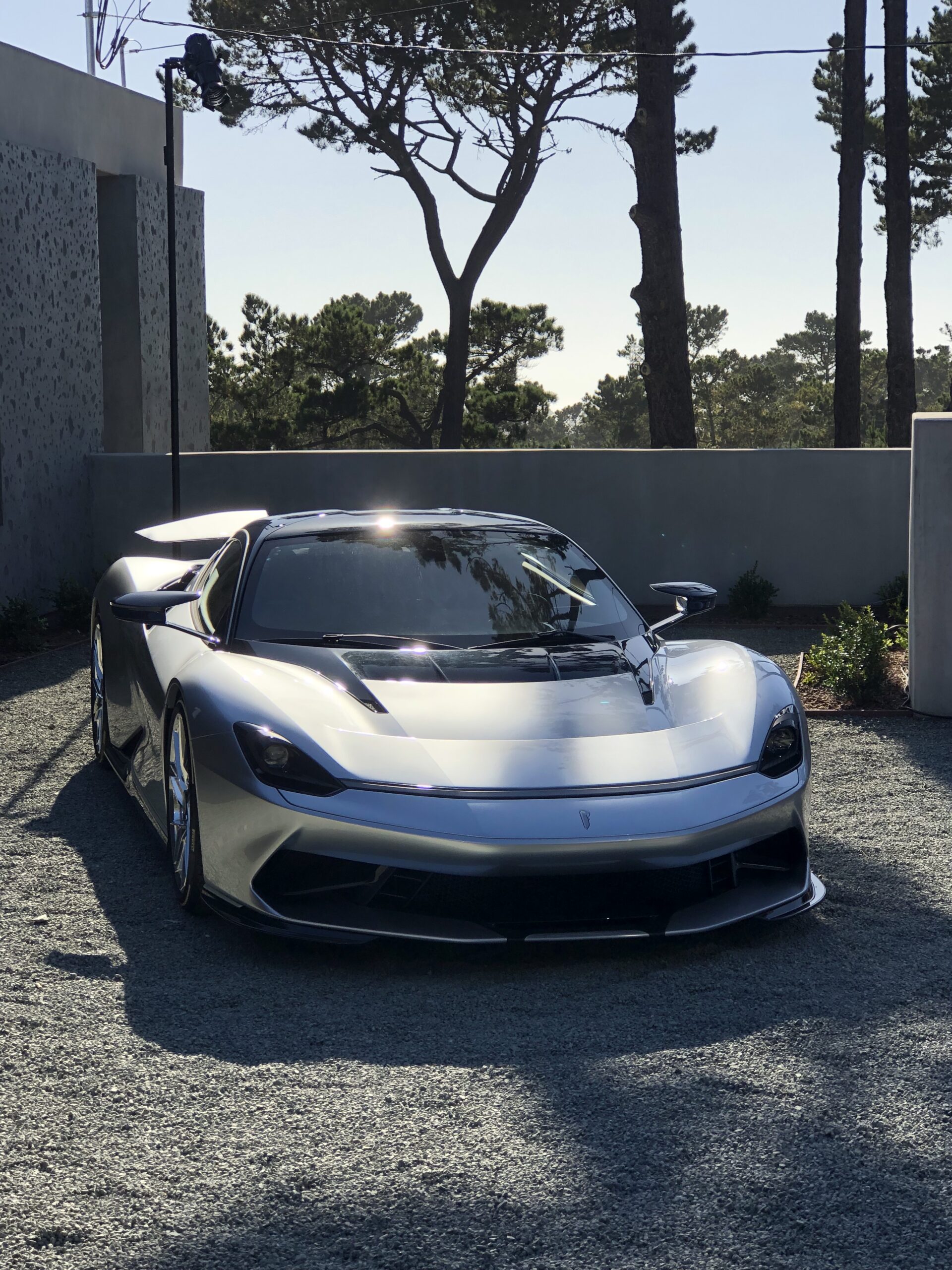 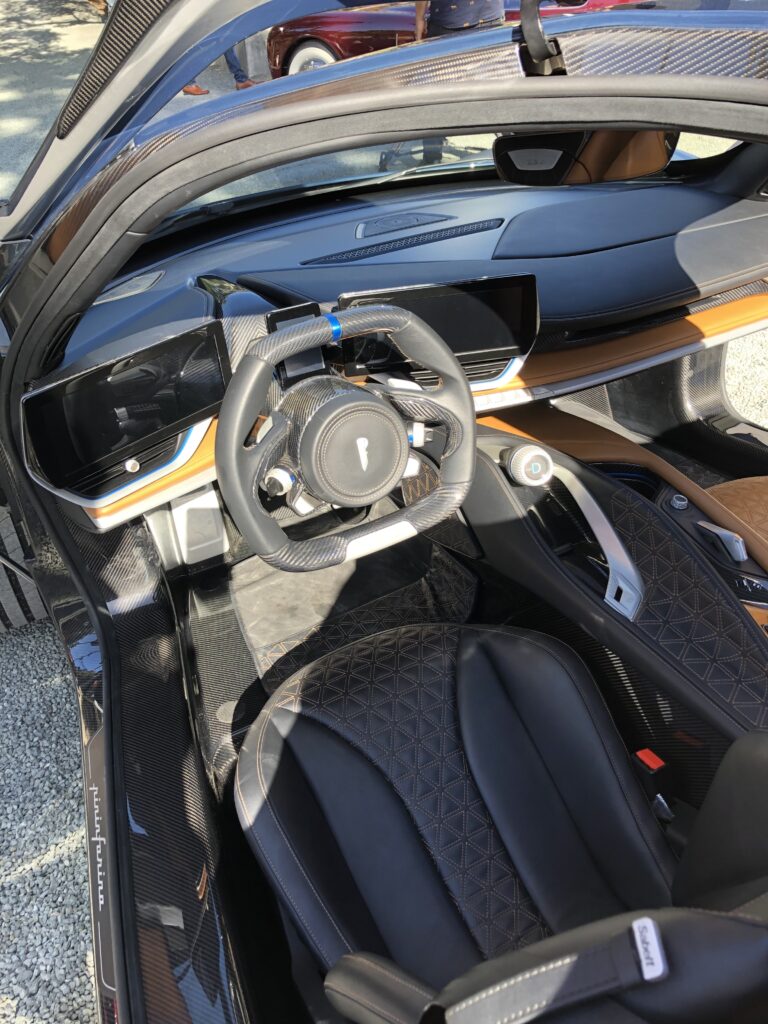 After being out of the hypercar game for nearly a decade following the lukewarm reception of the One-77, Aston Martin jumped completely into the deep end and has announced three cars within the last three years while so far delivering zero.   Of the three, only the Valkyrie looks like both a sure winner and is certain to see the light of day.  However, this has far more to do with the fact that it was jointly developed in partnership with Adrian Newey and Red Bull than the Aston badge on the nose.  With Adrian Newey leading the design, the $3.2 million Valkyrie is viewed by many as having the potential to take a seat next to the McLaren F1 as the next great one.  While significantly delayed, first customer cars are now slated for delivery before the end of 2020.

If the Valkyrie is a lock, the Valhalla is anything but.  The $1.3 million Valhalla was originally pitched as Aston Martin’s second major collaboration with Adrian Newey and Red Bull.  However, when Aston Martin had to turn to Lawrence Stroll to bail them out, the partnership with Red Bull was one of the immediate casualties.  While personally an Aston Martin-Red Bull Valhalla is quite appealing, take Red Bull and Adrian Newey out of the equation and my interest drops significantly.  I have heard that most of the aero work has been completed on the Valhalla, and that there was a rush to get this done before Red Bull’s departure.  However, this still leaves a significant amount of development work to be done.  With money now in very short supply at Aston and multiple depositors pulling out, the question now is does Aston Martin have both the funding and interest levels needed today for the 500 planned Valhallas?  My guess would be this is one project, like the McLaren Elva, where production numbers will be reduced if it isn’t outright cancelled.  At the very least, the rumored Valhalla Spider is certainly a dead idea at this point.

The final limited-edition Aston Martin project is the V12 Speedster.  True to Aston’s slow follower strategy, having seen both Ferrari and McLaren announce limited edition Speedsters, Aston decided finally that it had to get into the game.  What’s shocking about the decision is Aston had to know that both Ferrari and McLaren where having challenges shifting the number of units they had originally planned.  As Aston Martin is only planning for 88 units at $950k each, they should be able to find enough hard-core customers to fill the order bank.  In addition, as the V12 Speedster is basically a rebodied DBS, the development costs should be low and the profit margins very high, so the V12 Speedster is likely to see the light of day.

McLaren hit the hypercar customer wall with the Elva.  As the third McLaren Ultimate Series car launched in a three-year period, finding buyers for the originally planned 399 units at a price tag of $1.8 million each proved impossible in today’s highly saturated market.  The current environment certainly hasn’t made the situation any easier.  Officially the Elva has been reduced to 249 units which might still be a stretch.  The Elva doesn’t quite have the same future icon halo and golden designers name attached to it that both the Valkyrie and T.50 enjoy nor like the AMG One is it a rare unique development by McLaren that its best customers will be camping outside to write checks for.  That place was just filled by the Speedtail.  Similar to the Aston Martin V12 Speedster and the DBS, under the skin the Elva will be very similar to the McLaren Senna.  As a result, development costs are lower, margins higher, and time to market much shorter.  The Elva is a car that will get made but how many actually end up being sold is the question? 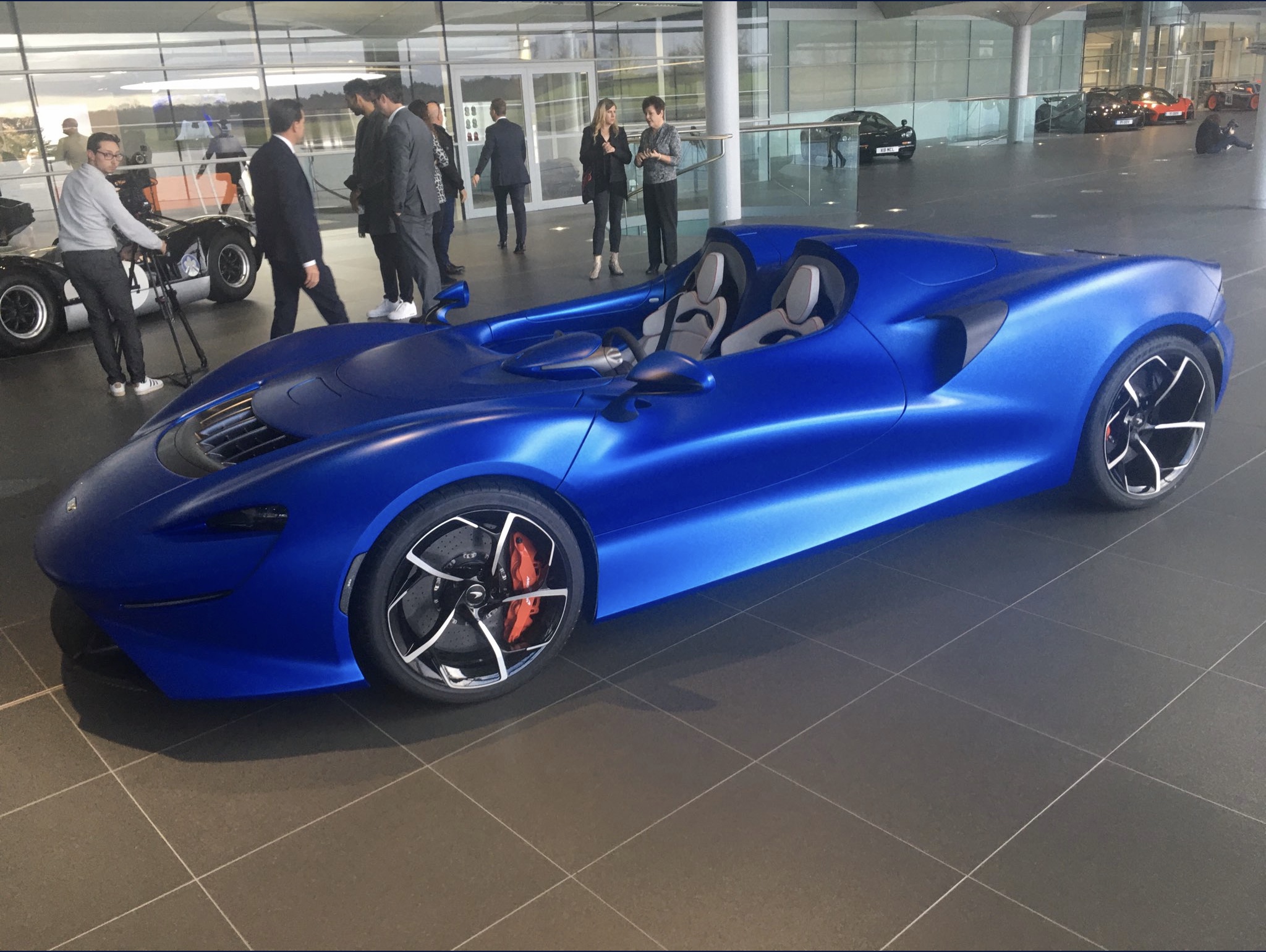 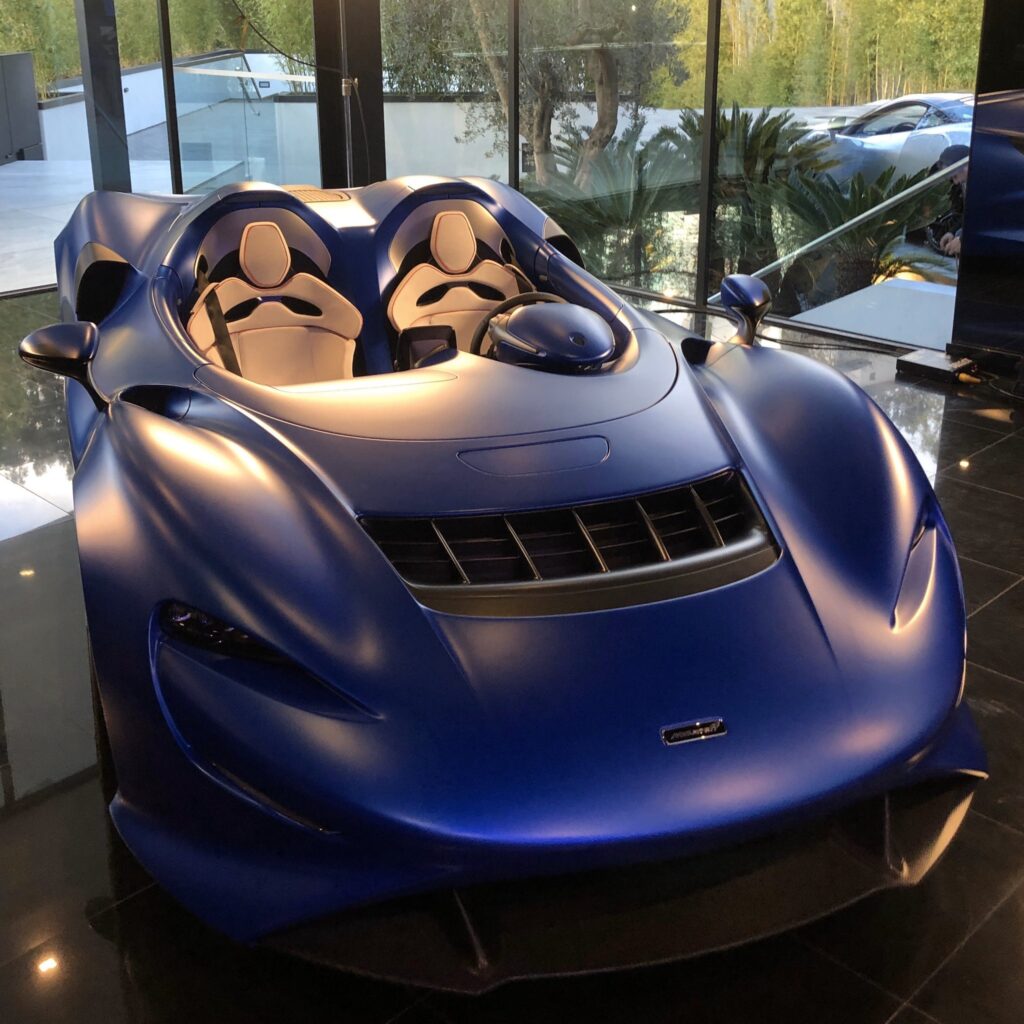 All 275 build slots for the $2.7 million Mercedes-AMG One were sold out almost immediately when it was launched in 2017.  Originally slated for delivery in 2019, that has been pushed back twice and now is expected in 2021.  AMG has had major challenges adapting the turbocharged 1.6-liter V6 engine from the F1 title-winning 2015 car for road use.   The road engine, which will rev to 11,000 rpm needs to be returned to the factory for a rebuild every 31k miles.  The Project One was the pet project of Tobias Moers, and with his departure from AMG to head up Aston Martin, I do wonder if this gives Mercedes and excuse to quietly bury what has been a very arduous project. 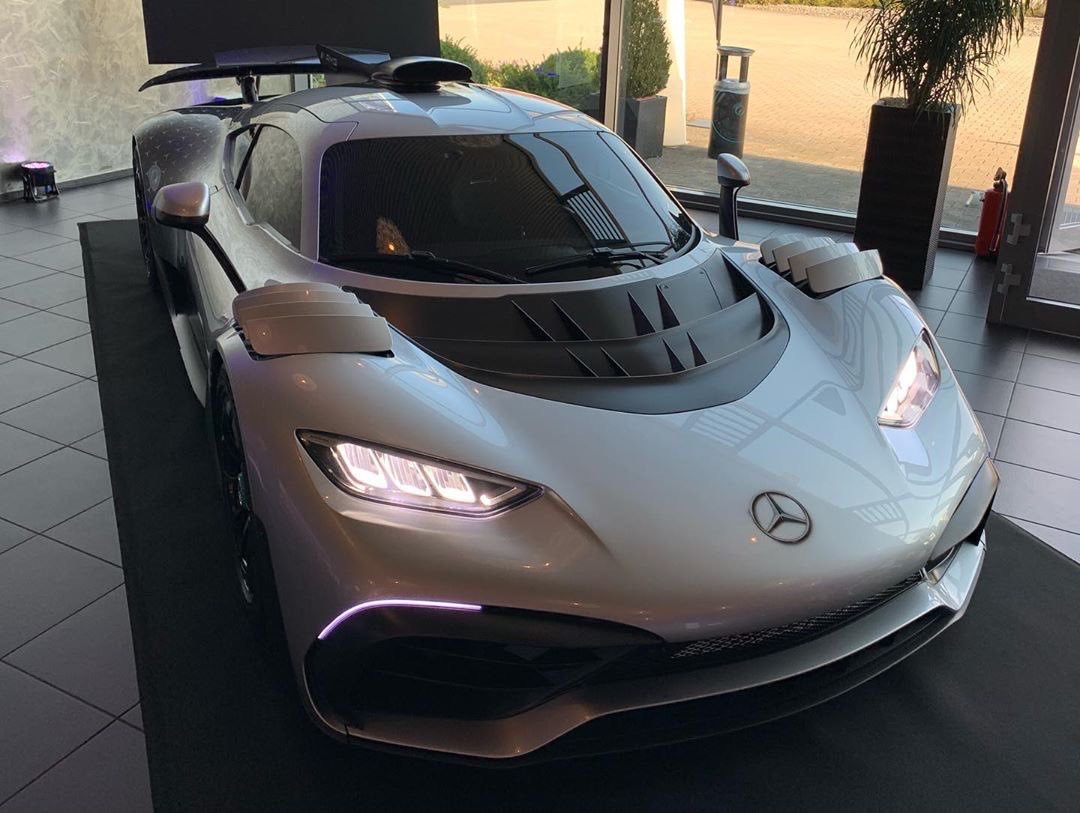 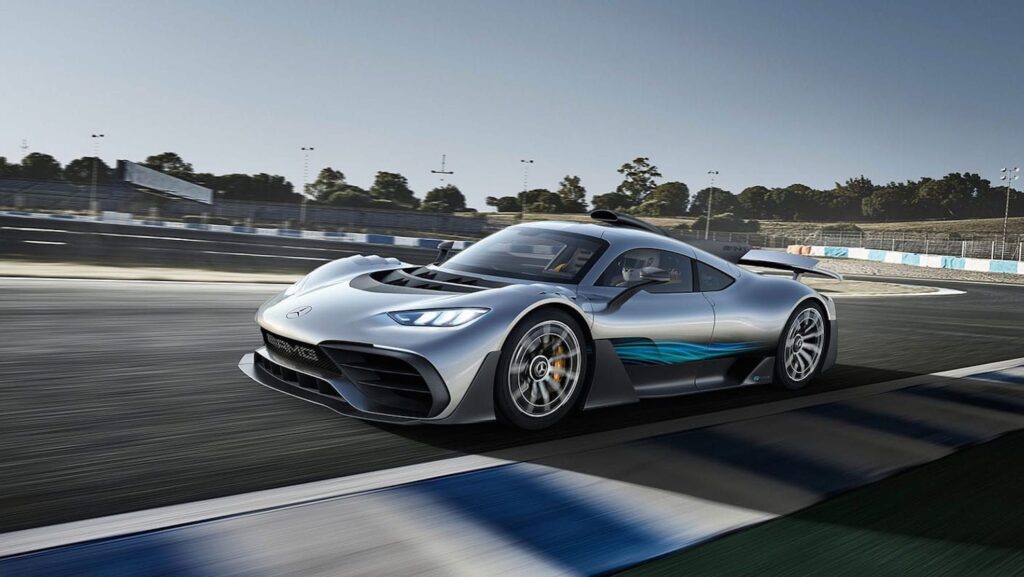 Last but certainly not least is Scuderia Cameron Glickenhaus (The Ambitious Plans of SCG).  Like Aston Martin, SCG has multiple cars in the pipeline.  Unlike Aston Martin, SCG does not have any financial issues nor is it dependent on depositors’ funds to help pay the bills for development and production.  As a small lean organization SCG also does not have significant build numbers that they need to hit in order to make a car viable.  Net net, both the 3 seater/central driving position SCG 004 and the road version of their Le Mans LMP1 Hypercar will be built.  In my experience everything that Jim Glickenhaus says is going to happen, does happen.

While the above super and hypercars are highly desirable in their own right, the laws of supply and demand don’t change.  Almost all of these cars are chasing the same group of buyers and in the last few months, that group has both shrunk and tightened its wallet.  Even if you take affordability out of the equation, how many of these buyers will want to be adding multiple $1-3 million cars to their collections right now.  The answer to that question along with how many buyers are still comfortable buying a $1 million plus a car that might not hold value in the middle of both a pandemic and recession, will determine just how this market plays out.  If history is a guide, only some will make it.

[…] ago.  Hence the number of depositors who have cancelled orders on future limited edition hypercars (Hypercars – Who Lives, Who Dies).  At this point it would appear that the viability of both the Pininfaria Battista and Aston […]