About a month ago I posted an article on the saturation of the Hypercar Market (Too Much of a Good Thing).  In the article I mentioned a number of micro manufacturers who have jumped into the hypercar market recently including Apollo & De Tomaso, ATS, SCG, Brabham, and Gordon Murray Automotive.  In that article I picked the winners and losers in terms of the cars that had been announced.  Subsequent discussions with a number of friends moved the conversation from the specific cars to the Companies behind the announcements.  While it is all very subjective, we did agree for any of these to be successful it would take not only producing a great car but also having the right combination of financial backing, great marketing, service/ownership support, and a viable future vision.

Starting with Apollo & De Tomaso (both owned by the Hong Kong based investment fund Ideal Team Ventures) and looking at the above criteria, I would guess in term of finances, they do have the backing in place be successful.  The marketing behind the De Tomaso P72 launch has been impressive and the Apollo Intensa Emozione has recieved good press although I haven’t seen any reviews on how it actually drives.  Based on the AMG & SCG roots of the team that developed the Apollo IE, I would imagine it lives up to expectations, as it should given the $2.7 mil price tag.  While the Apollo IE likely is a great car, I was really disappointed by the De Tomaso P72 when I saw it up close.  I was expecting a modern version of the Dino, small light and sexy.  Instead it looked like the Dino’s supersized 2nd cousin twice removed.  While the IE is powered by a Ferrari V12, the P72 is getting a Supercharged Ford V8.  While I’m sure the Ford engine has impressive performance numbers, it’s just not what I want to see in a $850k car, regardless of whatever long dead legacy De Tomaso had of using Ford engines.  I haven’t heard anything about Apollo’s or De Tomaso’s future plans so I would guess its wait and see based on how the P72 sells.  While I can possibly see a future for Apollo as a very niche micro manufacturer of very limited edition hypercars that give’s Koenigsegg a run for its money, I don’t see much of a future for De Tomaso in what is becoming very crowded hypercar market selling what feels a bit like a budget P 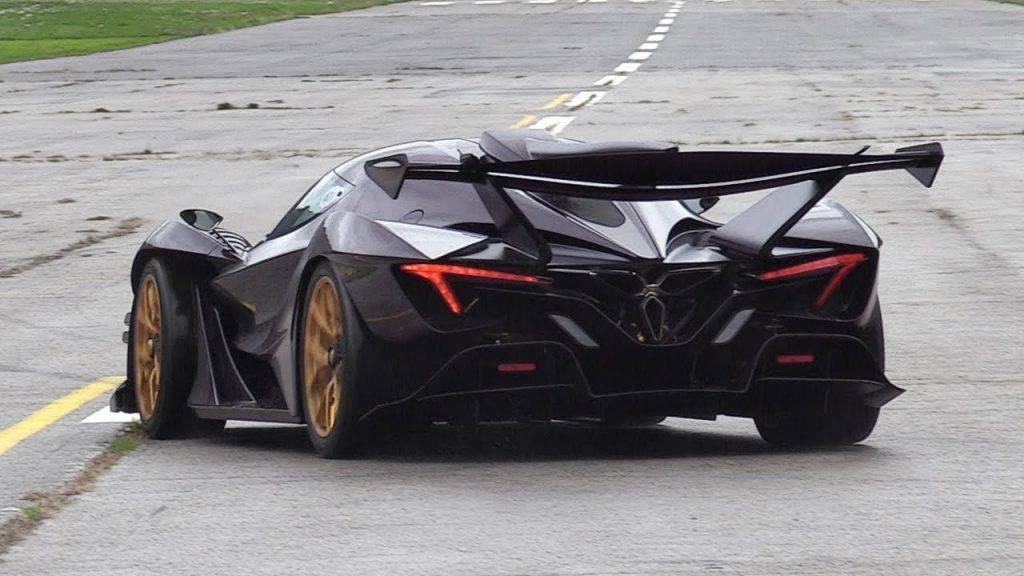 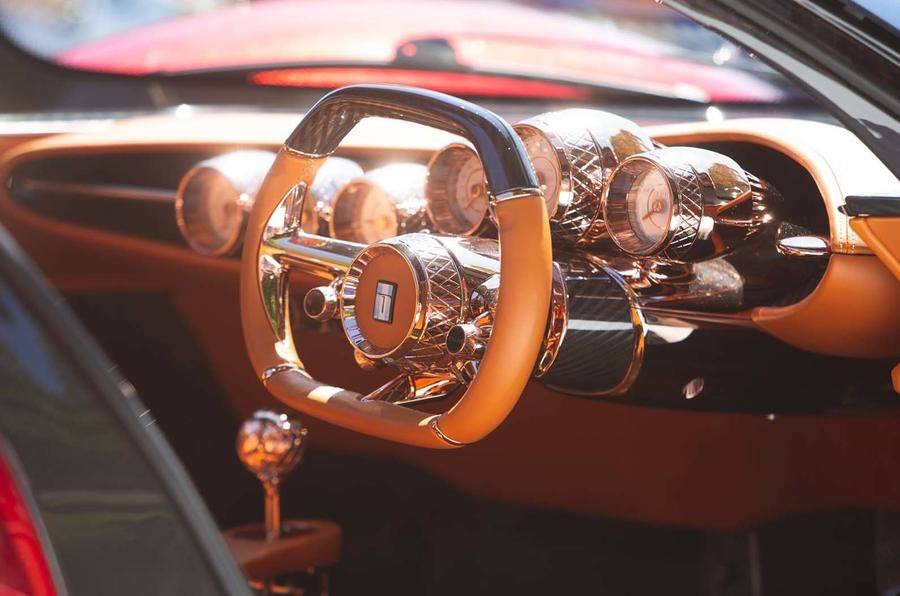 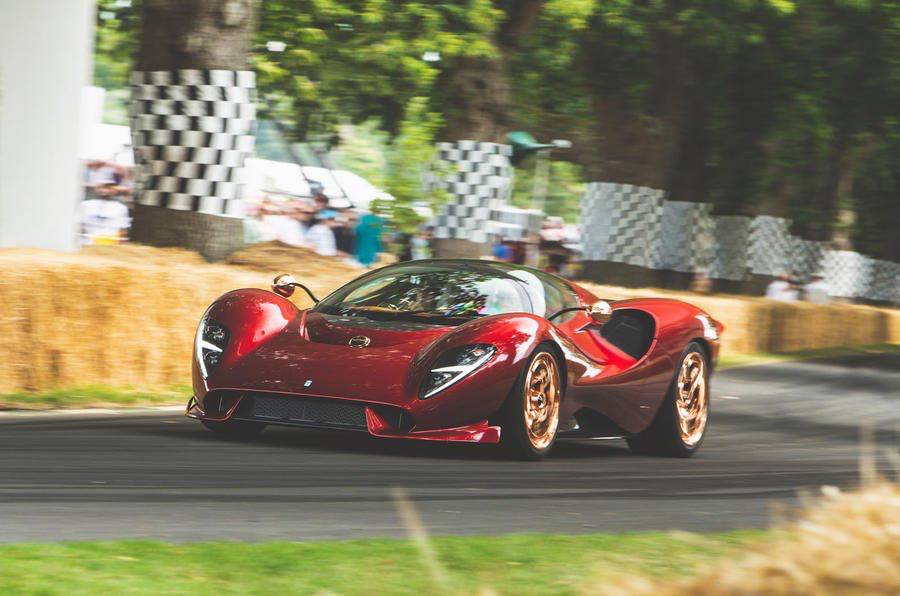 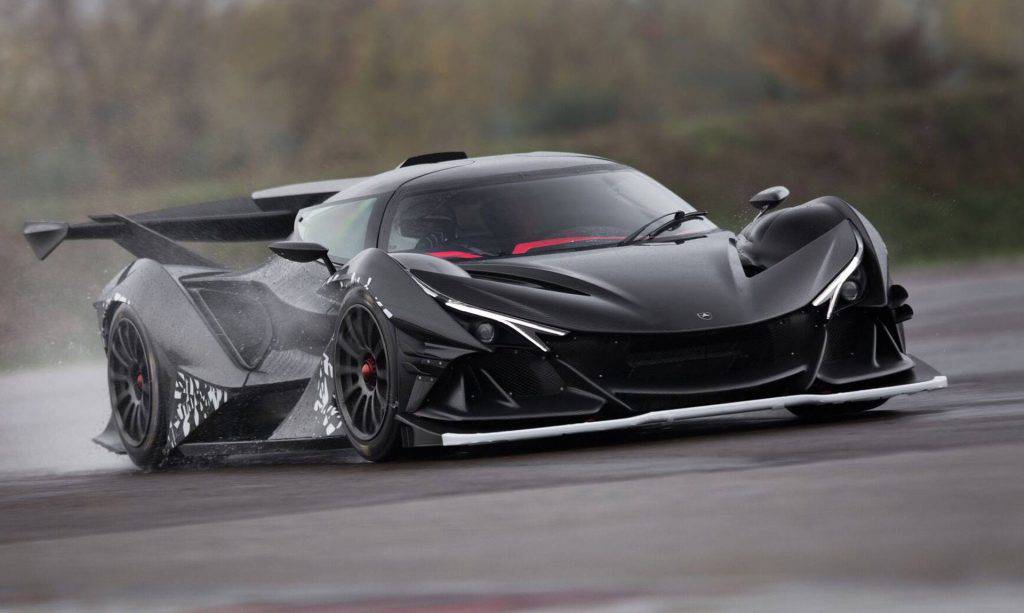 Moving onto Brabham, in full disclosure, I do know and quite like David Brabham. He is a terrific gentleman and one of the finest race car drivers of his generation. Another race car driver that I have meet a few times, told me that David is one of those rare drivers who just makes everyone on the team that much better. All of this is reflected in both Brabham Automotive and their launch car, the BT62. The BT62 was launched as a track only car with a road conversion being offered only much later. Following that Brabham came back with a race ready BT62 Competition Spec which is not at all surprising as its competition that is Brabham’s main focus. Unlike the other small manufacturers, Brabham is really geared to be a race team that builds its own cars (and sells a few to clients) rather than a car manufacturer that happens to also go racing. This is very much in line with the same philosophy as the originally Brabham racing team where Jack Brabham both built, raced, and won in his own cars. As Brabham’s main marketing will come by “winning on Sunday”, the only question is do they have financial resources needed to be successful when the Brabham name returns to the grid at Le Mans in 2022? 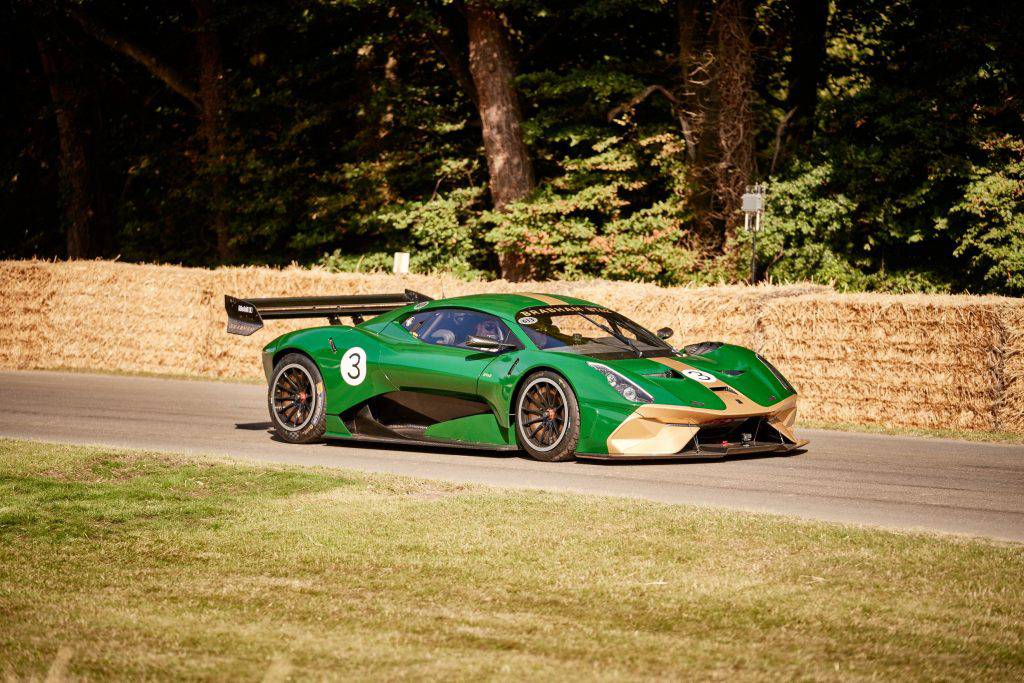 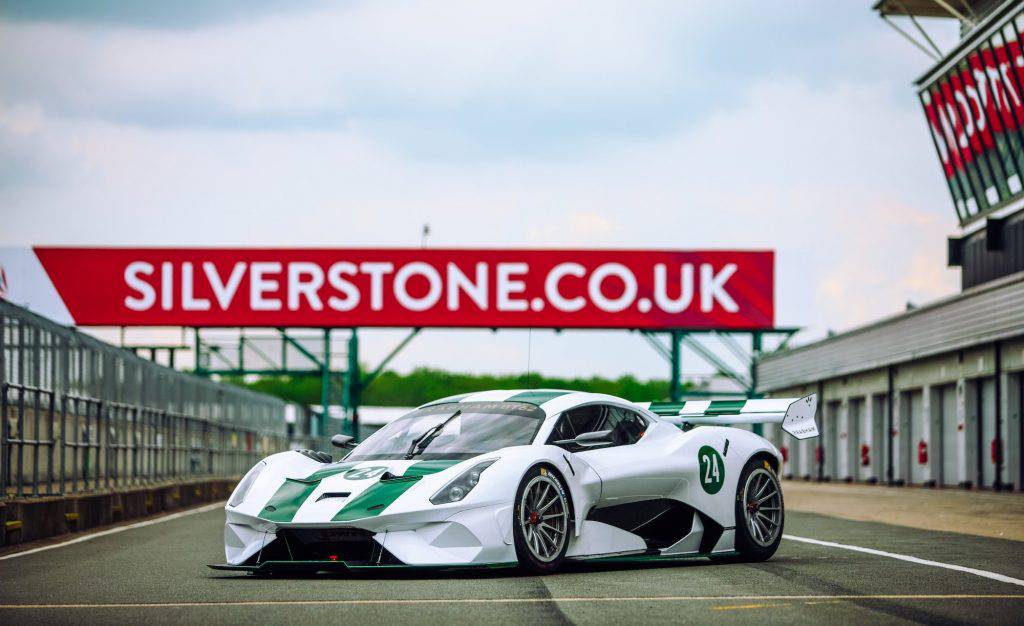 Of the five, the one I give the least chance of success to is ATS (Automobili Turismo e Sport). In its first life from 1962-1965, ATS built 12 poorly reviewed road cars, the 2500 GT, and one Formula 1 car that was referred to a “ghastly mess”. Why anyone would want to exhume this cold dead worm-eaten corpse is beyond me. However, in line with the brilliance of its first incarnation, for this 2nd go around for ATS is planning to build another 12 ATS GTs. The new ATS GT is basically a reskinned McLaren 650S for 4x the price. It’s akin to reviving Yugo and having them rebody VW Golfs and sell them for $120k each. Having seen pictures of the ATS GT, I would much rather have a base McLaren 650S. The only remaining question in my mind is if the 2ndincarnation of ATS will last as long as the first? 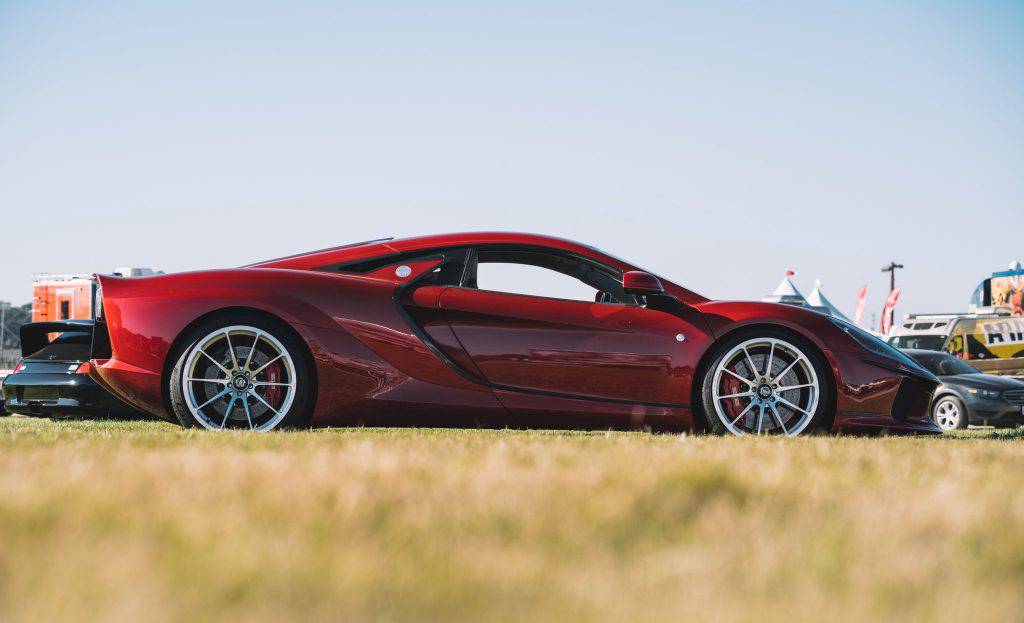 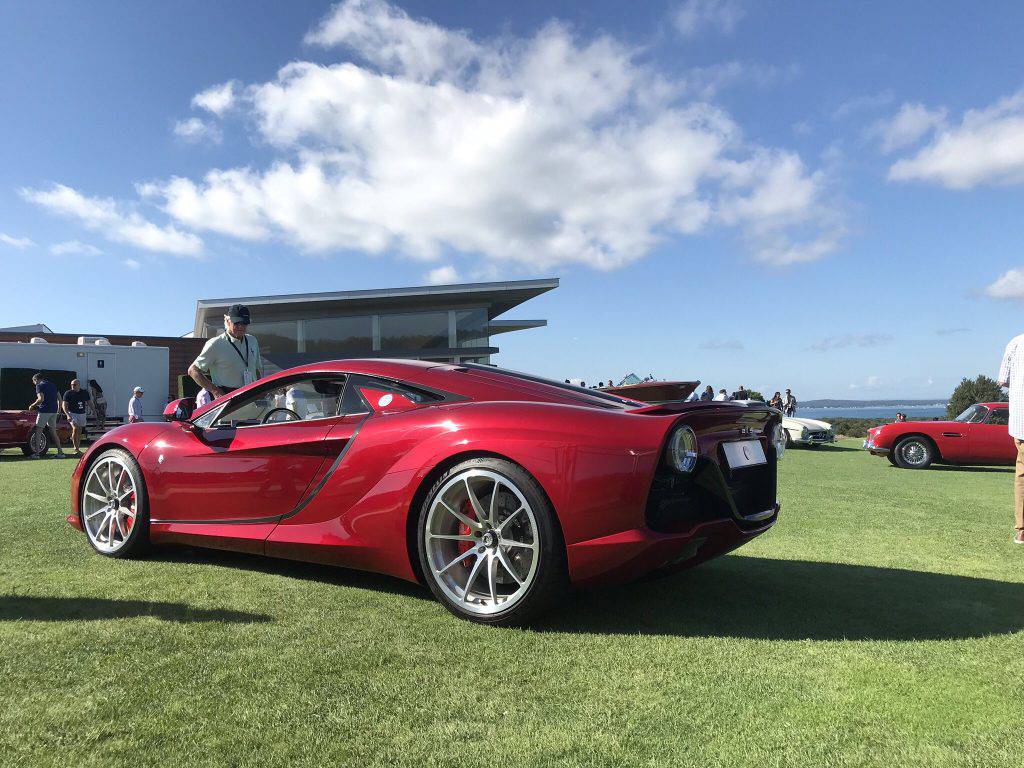 In terms of name recognition in the supercar world, Gordon Murray has to be in the top 3. If he never lifted a drafting pencil to paper again after the McLaren F1, he would still be worshipped as an automotive demi-god by just about all. With a legacy like that, I do find it surprising that he is putting it on the line for a second act. The first time around he had both the financial backing and technical resources of one of the most successful Formula 1 teams of that era. While I don’t know what his financial backing is, given the size of the deposit being requested on the $3.2 million T.50, it does seem like a lot of the car’s development costs will be covered by the eventual owners. While there is involvement of a Formula 1 Team in the T.50s development, Racing Point is not McLaren. In addition, other than a partnership announced with Canepa in California, customer support for the T.50 looks to be extremely limited and any major issues in markets ex US will likely involve having to ship the car back to the factory in the UK. What the future vision for Gordon Murray Design is also a question given Gordon is already 8 years older than most people when they hit mandatory retirement age. At the end of the day, do I believe Gordon Murray Design has the capabilities to produce a great car, probably but what the ownership support and experience will look like a few years down the road is very hazy. 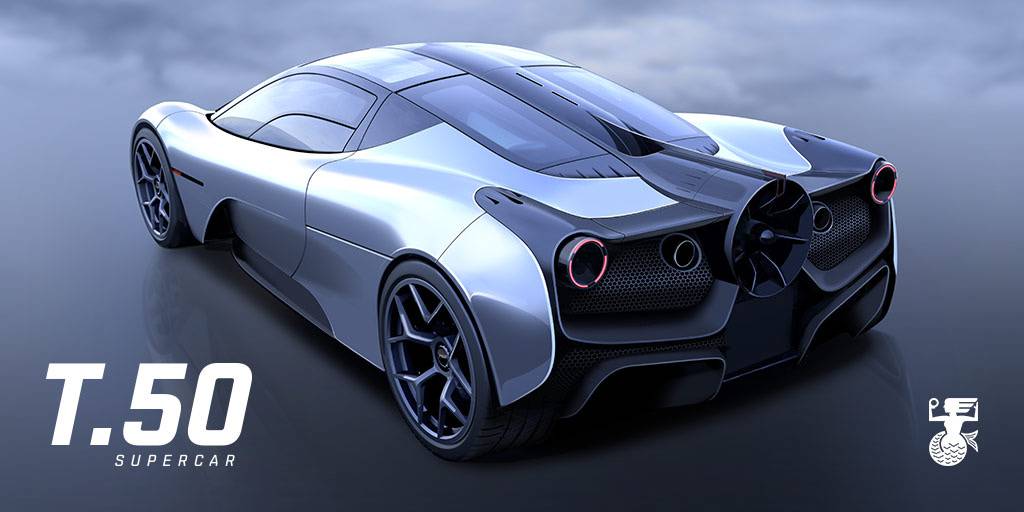 Last but certainly not least is Scuderia Cameron Glickenhaus (The Ambitious Plans of SCG).  To be honest, I do have a bit of a bias here as we have a SCG 004S on order.  However, if I try to be impartial and judge SCG on the criterial delivering a great car, strength of financial backing, great marketing, and a future vision I do believe they have a very strong case on all.  To start with SCG is the only one of the Micro Manufacturers that truly embraces the philosophy of “win on Sunday, sell on Monday” (where as Brabham is more “Win on Sunday, then Win again the following Sunday) as articulated in a recent tweet:

Every model we build and sell has a road legal equivalent and Does, Has or Will race. Racing teaches us a lot. We also firmly believe, and evidence clearly confirms, that our racing sells our vehicles. We also race because we love racing and Glickenhaus does what it loves to do. @glickenhaus

As great cars are the ones that win on Sunday, and SCG has been racing its own cars since 2011 with multiple class wins, the models SCG produces should be excellent. “Winning on Sunday” also tics the highly effective marketing box. The final two criteria of financial backing and future vision are easy to answer in the case of SCG. SCG has already laid out a vision that includes five different models that will take them well into the next decade. The beginnings of a dealership network have been set up on the US East Coast so support should be in place when customer deliveries start in 2020. The factory in Danbury, Connecticut, which will produce these cars, is currently under construction. SCG is self-funded by the Glickenhaus’ so access to or dependency on outside financial backing is not an issue. SCG also already has a management succession plan in place as founder Jim Glickenhaus’ son Jesse, is the Managing Director of SCG. 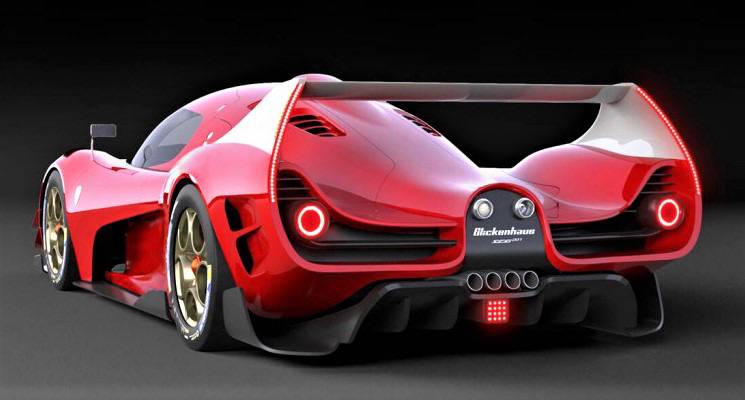 As a firm believer that competition drives everyone to raise their game, all these new market entries should be great for the overall supercar & hypercar markets. However, the current oversaturation of the market, which will likely last for the next several years, making success and just basic survivability even more challenging. Of the five Micro Manufacturers reviewed, I would rate three: Brabham, Gordon Murray Design, and SCG, as likely to succeed. What all three have in common is a single visionary leader with a very clear idea of what they are trying to accomplish. In terms of the other two brand re-incarnations, I do believe they will find surviving a real challenge. 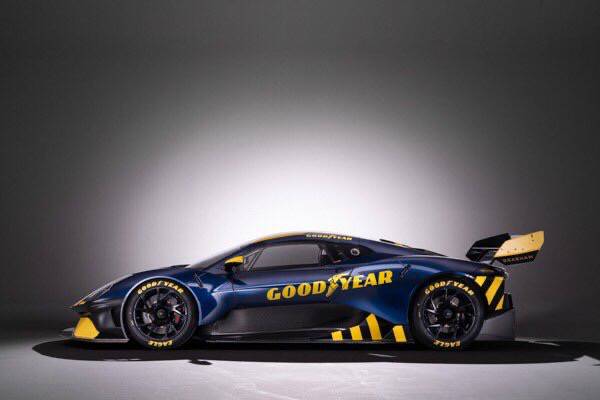 The “after the sale service” is one thing that I can’t imagine would be a pleasant experience, at all.
McLaren alone, without having a dealership nearby, is highly inconvenient.
These brands would be a royal nightmare.