I really like the memories that the #day1challenge, currently circulating on Instagram, is generating. It has brought back a ton of recollections about the wonderful cars that we have been fortunate enough to have owned over the years. In many cases we acquired cars in different countries in Europe and promptly drove them back to the UK or Portugal. This “buy and drive” tradition all started with when we acquired our first supercar, a Ferrari F355 GTS back in 2002. If knowledge is a combination of experience and study, my base starting point with the F355 GTS was incredibly green and naïve. 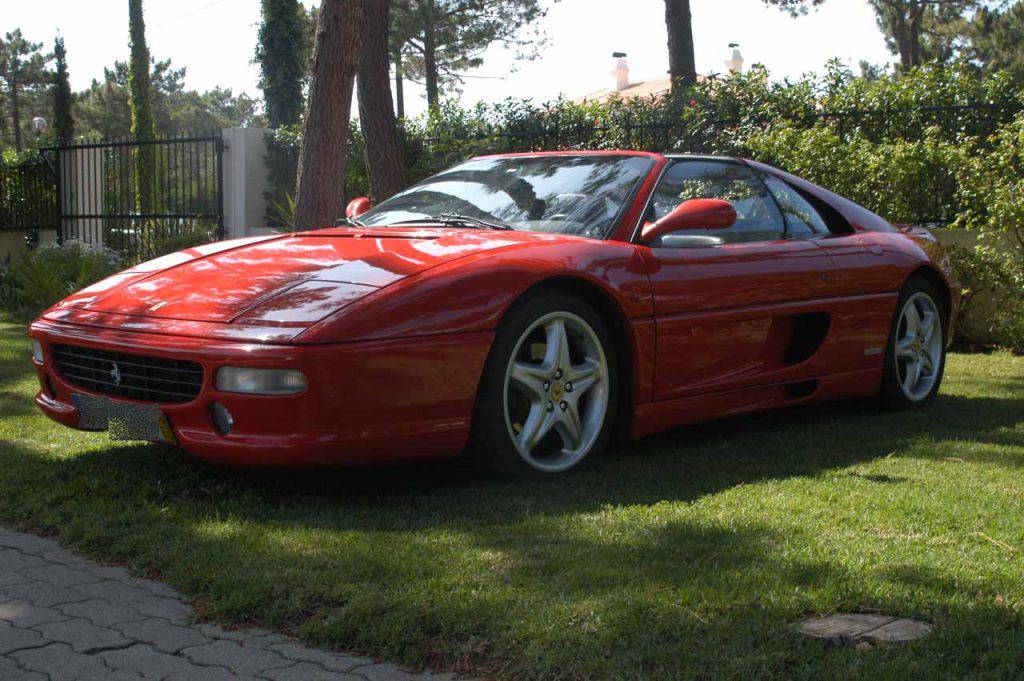 How green and naïve? Well I acquired the F355 GTS from the Ferrari Dealer in Brussels and arranged to pick it up on December 30th with a plan to then drive it from Brussels to Lisbon. Prior to collecting the F355 GTS I had almost ten minutes of seat time in a Ferrari. Handover was done by one of the mechanics as all the salespeople were on vacation. It basically consisted of here are the car’s documents, keys, alarm fobs, and the car. Within 10 minutes we were done and I was headed out towards Paris. What the mechanic failed to tell me was how the car alarm and the separate immobilizer worked. I’m not sure even if he had tried, I would have understood as we had a major language gap. As the car was running when it was handed over, I didn’t think to ask. This led to a rather embarrassing few minutes when I stopped for gas the first time. By the time I got the F355 GTS started, my face matched the cars color. 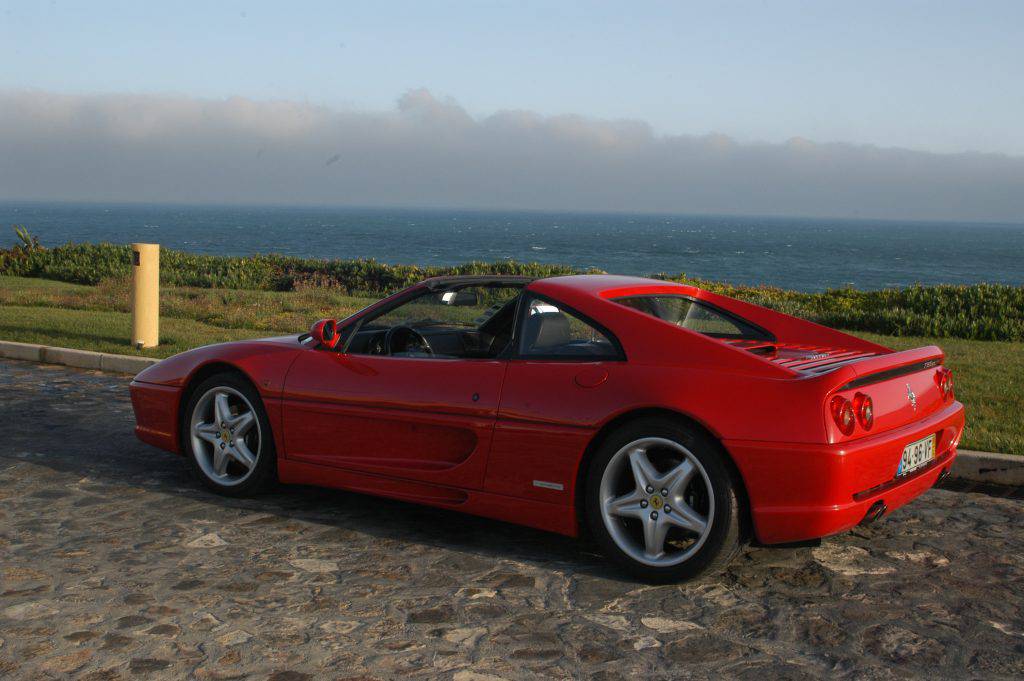 The drive to Lisbon took three days as I tried to avoid highways and use the great country roads in both France and Spain. I got extremely lucky in terms of the weather and only had a few hours of rain and no snow during the entire journey. Had I run into a snowstorm, which was quite feasible given the time of the year, I would have been in a huge amount of trouble given I was not running on winter tires. When I stopped for the 1st night, I took all the car documents in with me for review. I noticed that the service book had not been stamped for the service that was supposed to have been done prior to delivery but assumed that was just an administrative oversight. The F355 GTS also sounded louder than I remembered a friend’s had. 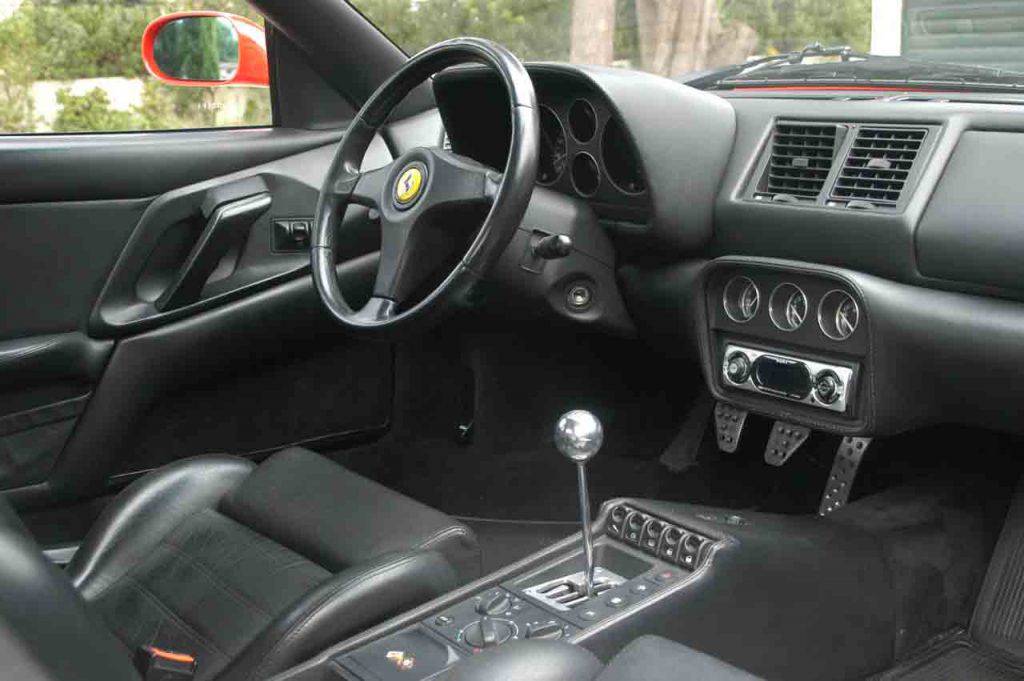 Shortly after I arrived in Lisbon, I took the F355 GTS into the local Ferrari dealer as the notorious “check engine 1-4” light had come on. Upon inspection, it turned out that the catalytic converters had been removed and the car had not been serviced in two years. In fact, none of the work that was agreed would be done pre delivery had actually been completed. To their credit, the Ferrari Brussels Dealership did step up and covered the cost of getting all the work done in Lisbon. Lesson learned though, go through all the documents and thoroughly check the car over before taking the keys. 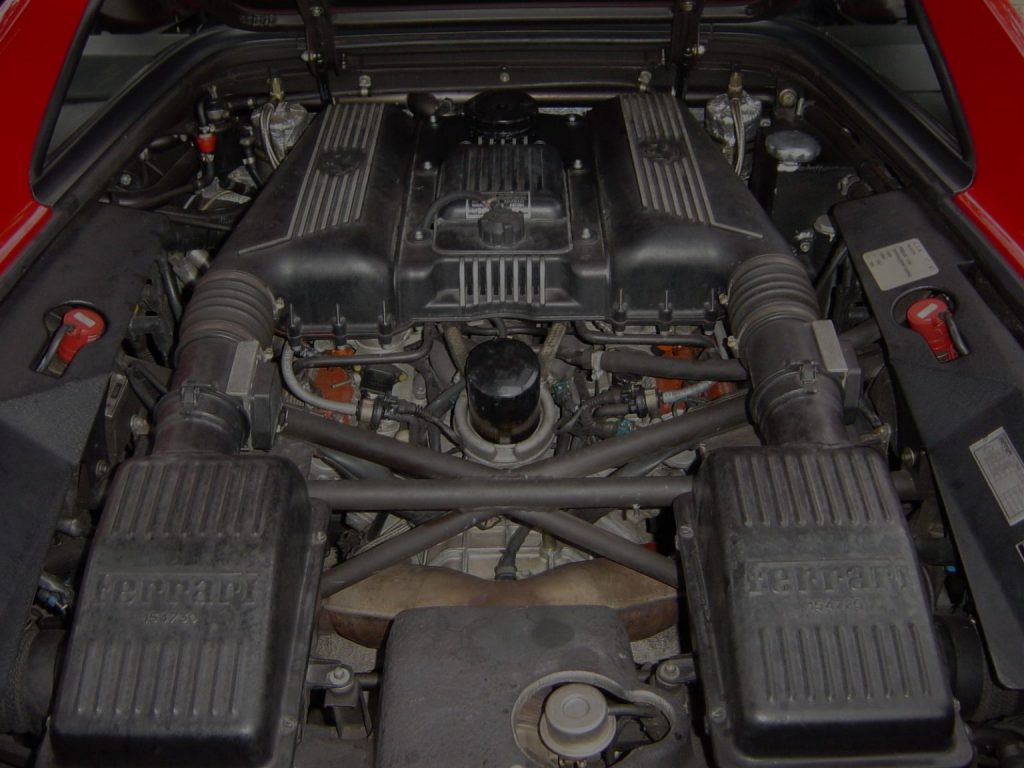 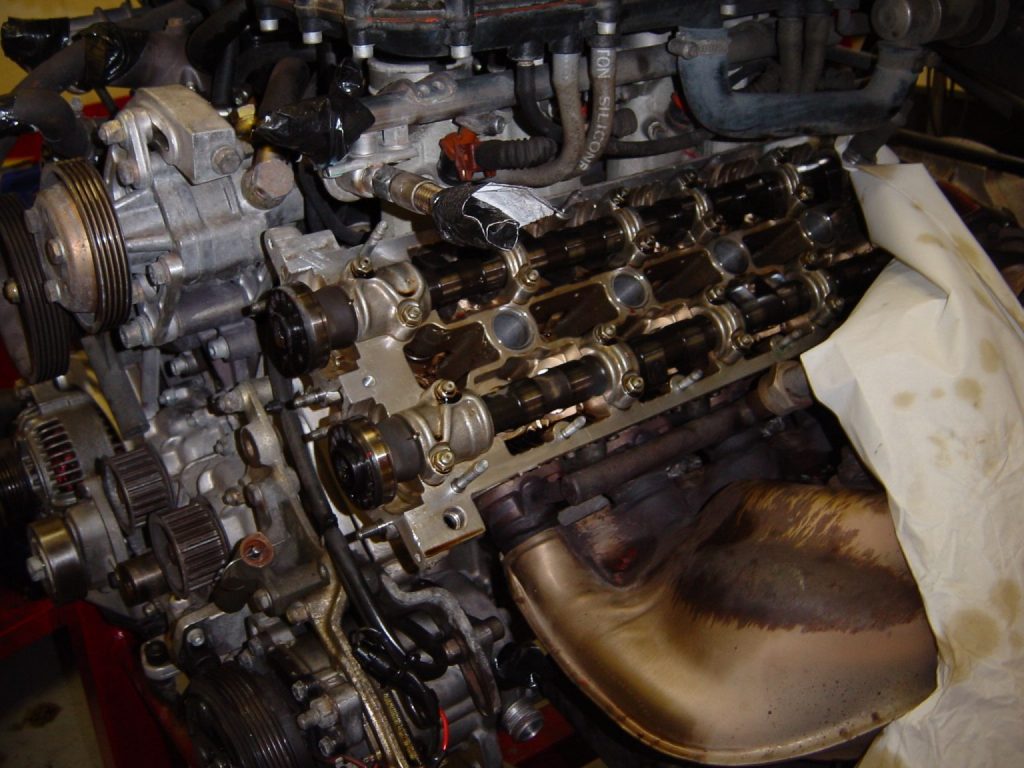 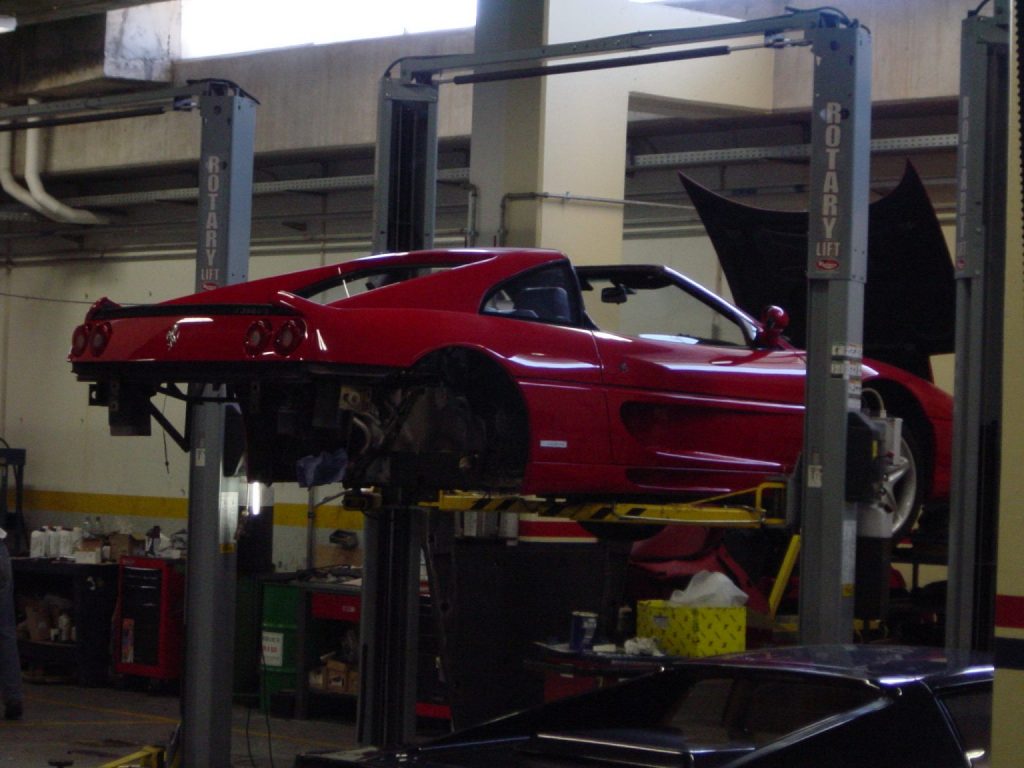 Looking back, picking up a car in late December that I had never driven before and then driving it 1200 miles across Europe was fairly insane and probably downright stupid. The fact that none of the service work had been done and I escaped without having any mechanical issues was a near miracle. When I realized just how naïve I had been through the whole buying processes, it served as a great learning experience that I vowed never to let happen again. 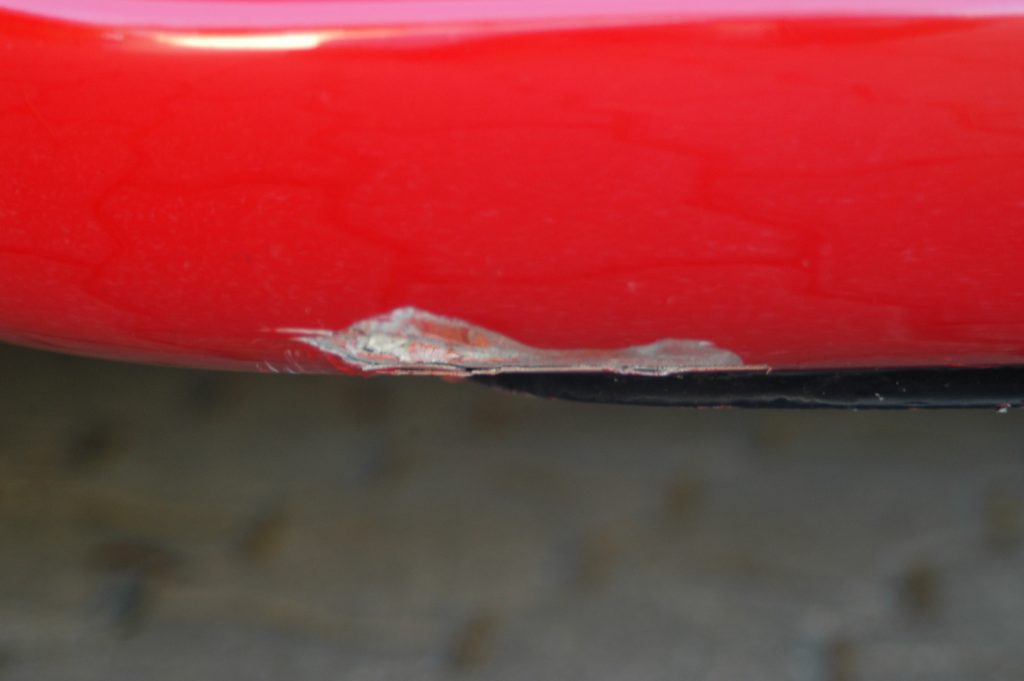 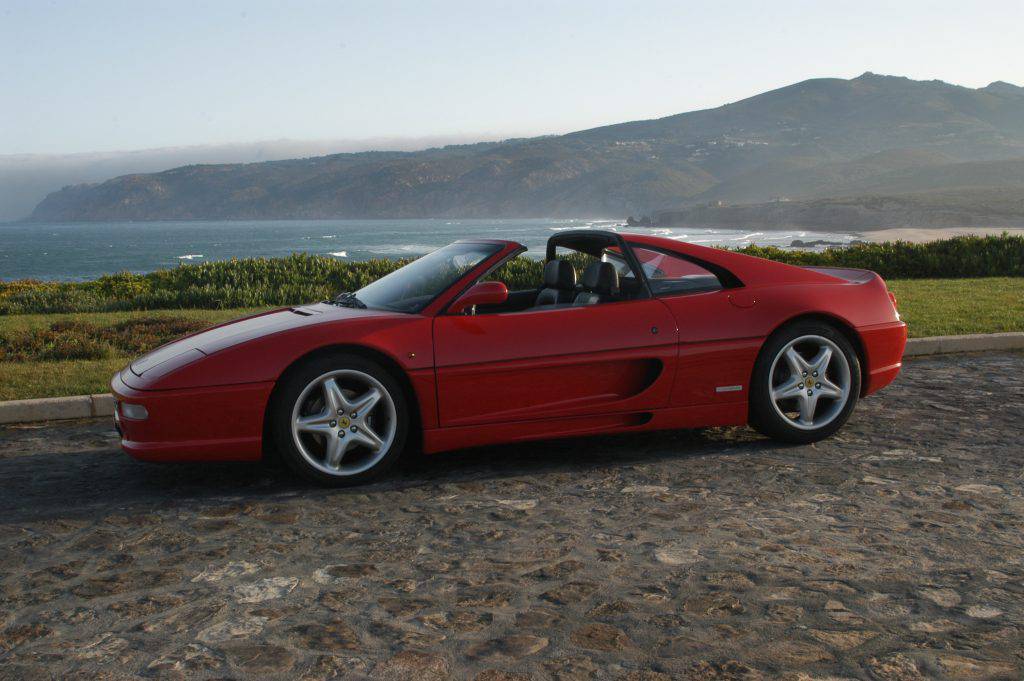 We ended up keeping the F355 GTS for about 2 ½ years before trading it in for a Ferrari 550 Maranello. Over the many miles, I learned and bonded with the F355 GTS. The F355 GTS taught me how to go over speed bumps at an angle to avoid scraping the nose after multiple mishaps. It was a fairly fragile car and it did make multiple trips to the local Ferrari dealership to have various items fixed. The most significant of these issues was a leak in the fuel hose. I was very lucky not to have been roasted. Fortunately, when it happened, I had the roof panel off and smelled the fuel being sprayed into the engine bay. I immediately pulled over and had it flat bedded to the dealership. The most disconcerting thing about the attempted flambéing was the mechanic told me it was a not uncommon issue and that they had another clients F355 burn to the ground. In terms of driving the F355 GTS, I do remember vividly that the engine loved to rev and was spine tingling near the redline. The steering was unnervingly light, but it did handle like a go-kart. Overall the F355 GTS was a great introduction to supercar ownership, both its highs and its lows.