Following up on the article on the car market in Q2 (Car Market Q2), I’ve continued to follow the Ferrari F355, Ferrari 365GTB/4 Daytona, and the Porsche Carrera GT, as I believe they are good bellwethers for the market in general.  I also tend to take a look on occasion at Koenigseggs and the Special Series Ferraris out of personal curiosity.  It’s wasn’t too long ago the F355 Spiders were regularly selling in the $90-100k range and market experts were predicting Daytona would be $1 mil cars shortly.  The one car that hasn’t retreated in value is the Carrera GT.  CGTs have been rock solid at $700k for the past year.  A car is only worth what someone is willing to pay for it and certainly if you look at the results of the multiple auctions in Monterey, all but the rarest and best are retreating back to reality. 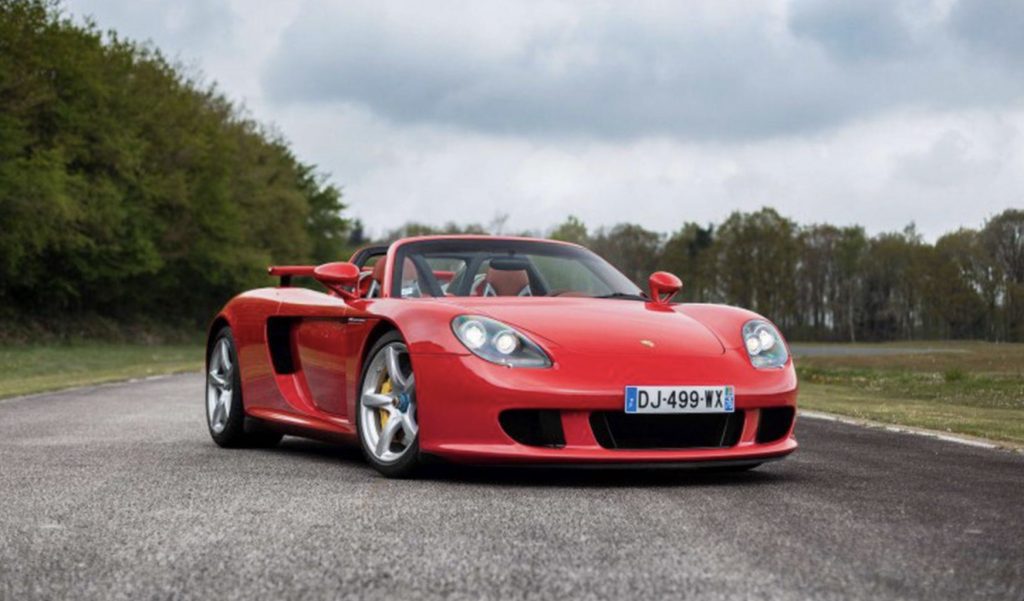 A few recent results of interest are:

I believe the market is in a place where the speculators are now all long gone, and a generational shift is starting to really impact values.  The bloom is now definitely now off the last generation of limited edition hypercars (No Longer the New New Thing) .  The days of the $ 4 million LaFerrari and $2 McLaren P1 are long gone.  The people buying the cars today are collectors and enthusiasts.  The collectors only want the best examples and the enthusiasts want cars they can actually use, enjoy, and afford to keep on the road.  For this second group maintenance and running costs do matter.  A $8-10k cambelt change on a Ferrari Testorossa is a significant expense and has a real impact on values.  Time is also playing a role as many of the buyers today are younger.  Anyone can drive a Ferrari Enzo but the number who can drive a F40 without putting it backwards through a hedge, is significantly less.  These are the forces which are driving the market now. 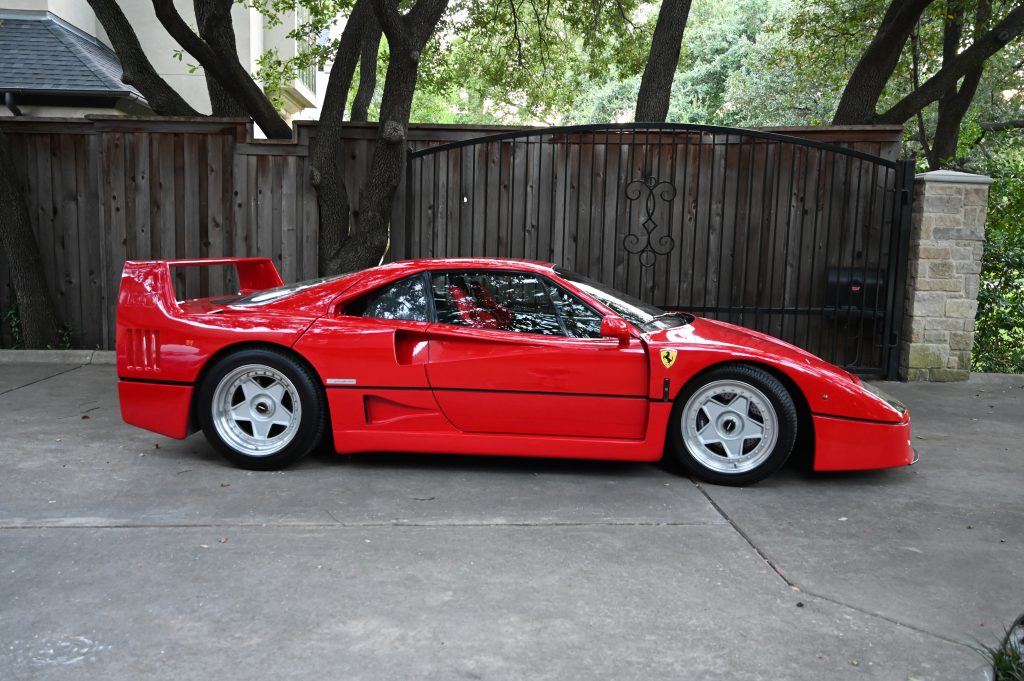 When looking at the each of these cars, I do believe different factors are driving the values in each case.  Not too long ago a lot of speculators scooped up Daytona’s expecting them to be the next $ 1million Ferrari.  When that didn’t happen, a lot of these cars started reappearing on the market.  Sellers outnumbered buyers and prices started dropping.  The number of Daytona “no sales” at auctions over the last several years is exceptional high.  For today’s coming of age enthusiast, the Daytona was your grandfather’s Ferrari and hence has little appeal.  Throw in the fact that they are not easy cars to drive ( Driving a Daytona ), expensive to maintain, were produced in relatively high numbers and the future looks even dimmer than the present in-terms of values.  About two years ago I expected Daytonas to retreat back from $700k cars to $500k, now it looks like a $400k or less Daytona is not too far off in the future.  In the case of the Daytona, if you do yearn for one, it has, and will still, pay to wait. 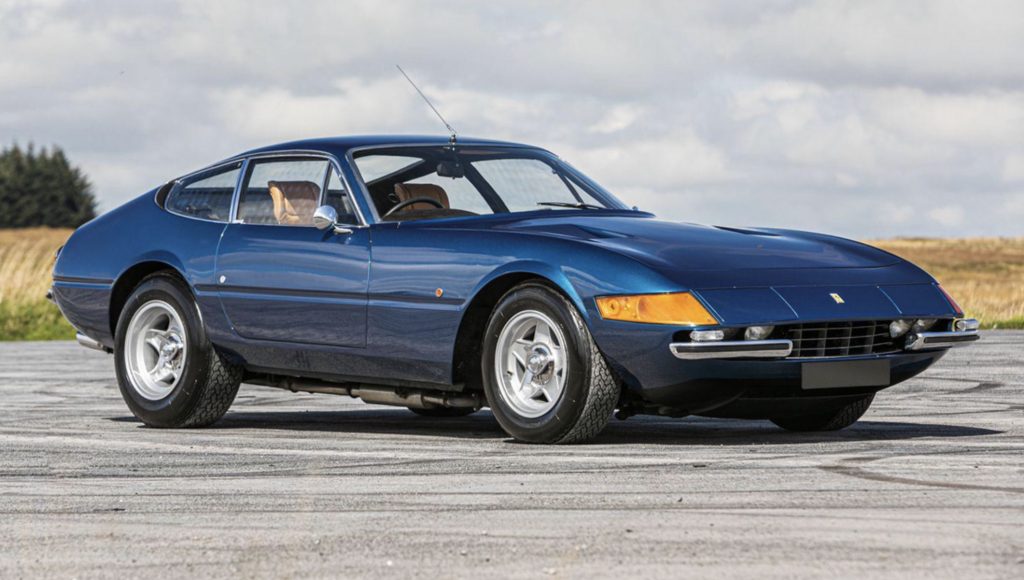 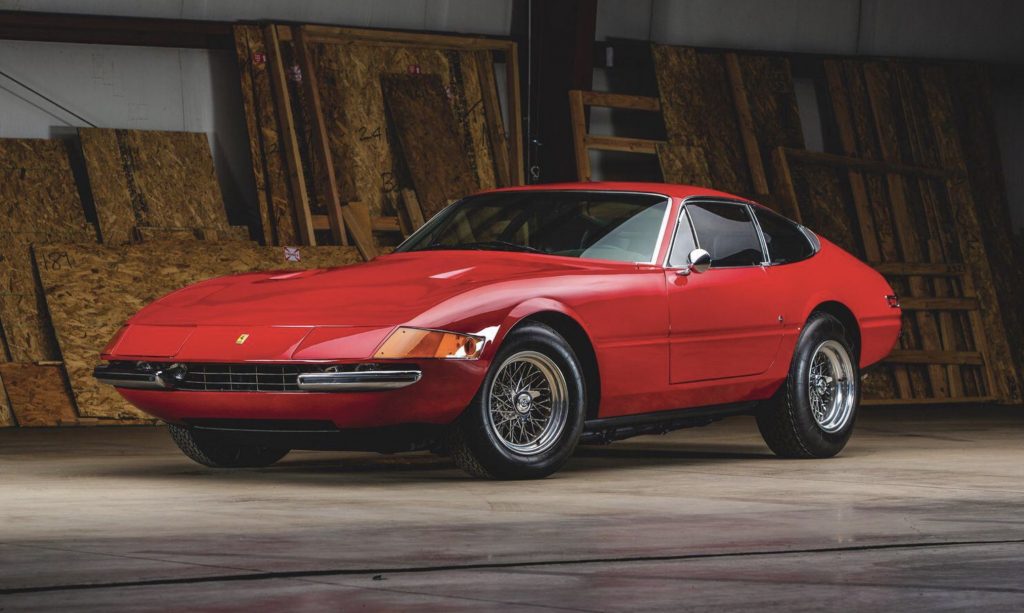 Much to my chagrin as the Carrera GT has been high on my bucket list for several years now (Garage Goals), Carrera GT values are holding steady.  Many of the same factors that have been driving Daytona prices south, have been supporting Carrera GT values.  CGTs are the cars that the new generation of buyers grew up with on their wall.  In addition, new tire technology has made CGTs significantly more drivable.  CGTs are still quick by today’s standards and with new Michelin Pilot Super Sport tires, a track outing is now far less likely to be a terminal experience.  Owners do use there CGTs and they are a common sight at any major car show.  In many ways if the Daytona was the cool icon of the 60’s in the 80’s & 90’s the CGT fills that same role today. 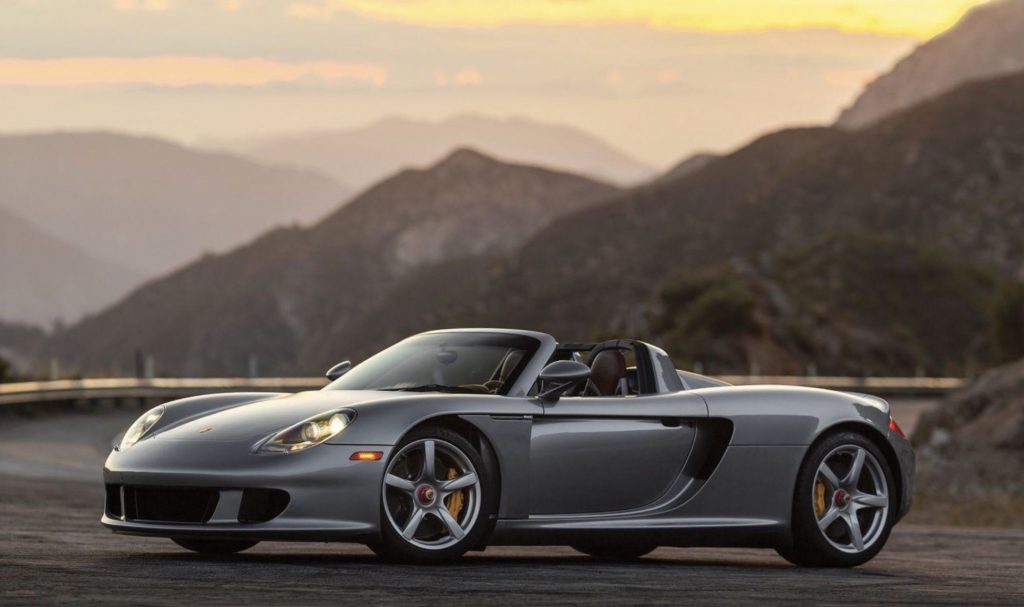 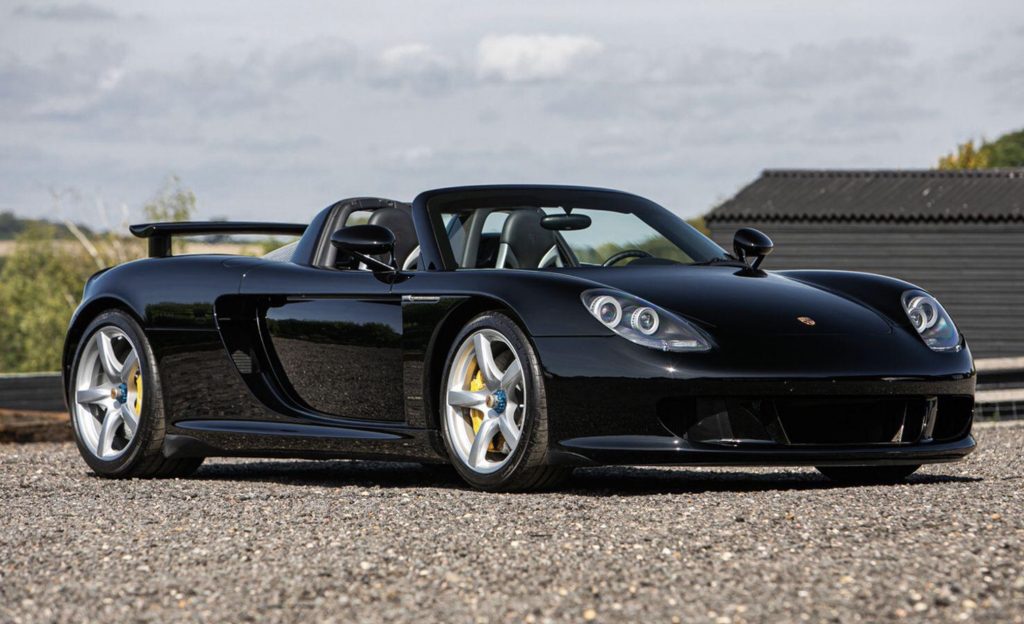 I believe the Ferrari F355 is today’s “starter” Ferrari (SSO’s Ferrari History ). With prices now holding very steady in the $50-60k range, the F355 is affordable (by Ferrari standards) and its modern enough so the learning curve is short.  For the generation that grew up not knowing what that strange third pedal next to the brake is, this was also the first regular production Ferrari to come with a paddle shift gear box as an option.  The F355 is an infinitely usable car with enough luggage room for a multiday trip which certainly aids in its appeal.  It doesn’t hurt that the F355 is one of the prettiest Ferraris to ever emerge from Pininfarina’s pen.  Ferrari build three different versions of the F355, a coupe (GTB), targa, (GTS), and Spider.  I personally think the Spider is the best looking of the three, but the roof mechanism is fairly demonic.  Given Ferrari built over 10,000 F355s there are always plenty for sale and a strong support community of owners.  F355 prices will always be held down by very high maintenance costs.  The every four year cambelt change is an engine out exercise, and the F355 has a host of known issues that are not inexpensive to address.  My guess is F355s are now well priced and will hold at current values. 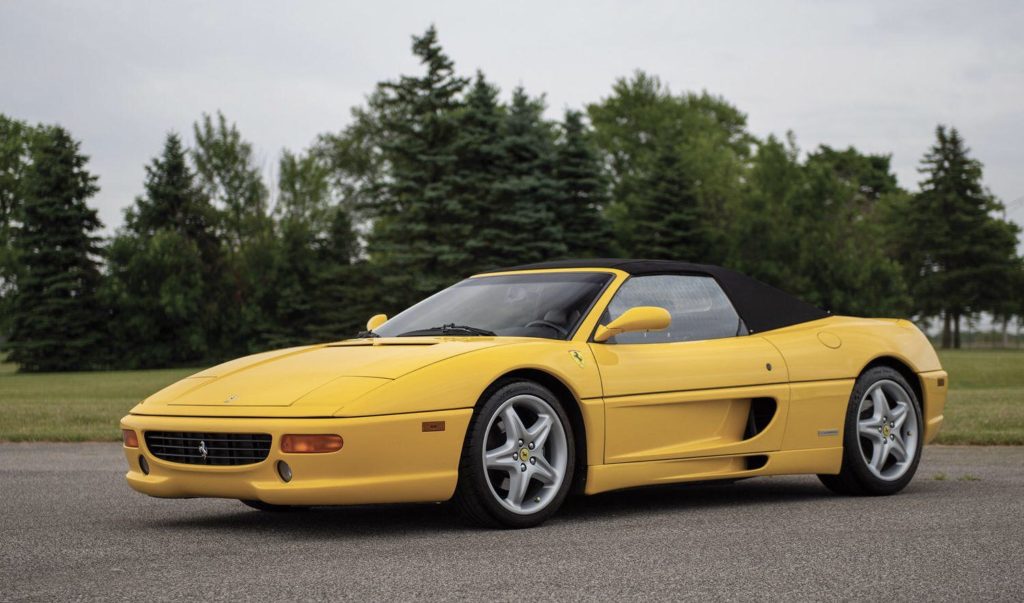 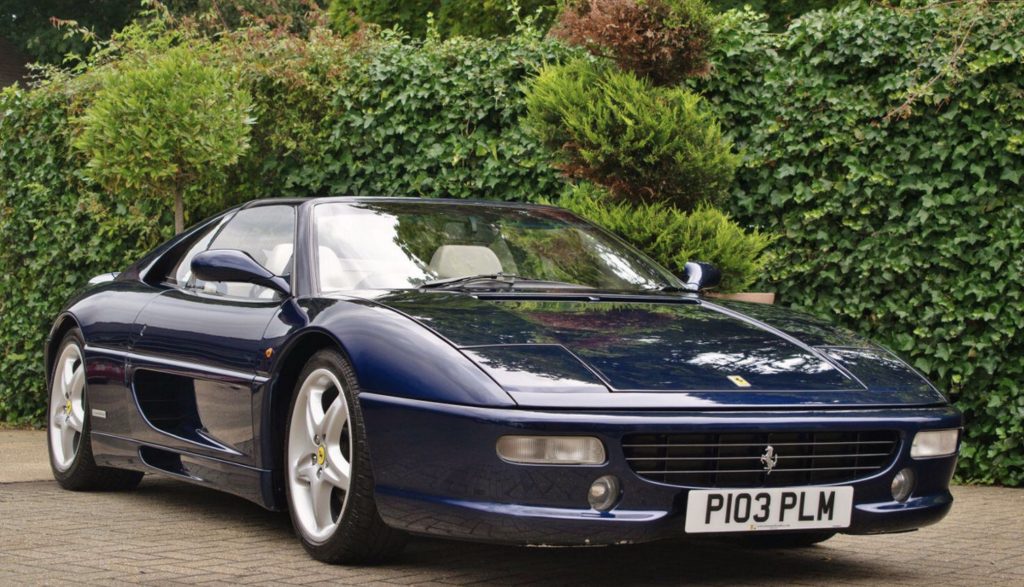 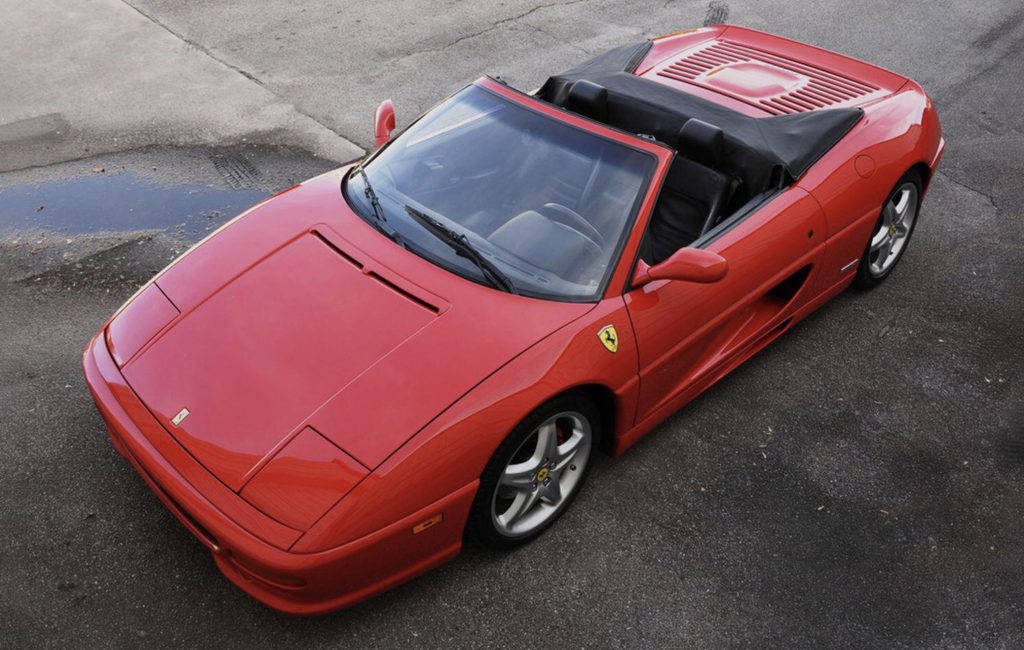 Koenigseggs have operated in a very different value universe for multiple years now.  In less than a decade Koenigseggs have gone from little known to quite famous.  Prices on their new cars have risen astronomically and they have developed quite a following.  I’ve seen a number of used Koenigseggs move from dealer to dealer with ever inflating prices so what they are really worth to a buyer who actually is interested in owning and driving one, is hard to tell.  Two Koenigseggs have come up for auction this year, a CCX was a no sale at $875k, and a One:1 just sold for $4.6 million at a Bonhams auction in Switzerland.  What’s really interesting on the Koenigsegg One:1 was the fuss around the original estimate of $1.8-2.4 million.  When Koenigsegg found out about the estimate they had a small conniption (Koenigsegg Blog Post on Bonhams Estimates).  Auction houses get paid on a percentage of the hammer price so grossly undervaluing a car is just not in their interest.  What was clearly of keen interest though was for Koenigesgg to make sure the car sold for a significantly higher number, otherwise its whole pricing strategy would be at risk.  Not surprising, this is exactly what happened.  It would be very interesting to see where this car turns up in about 6 months. 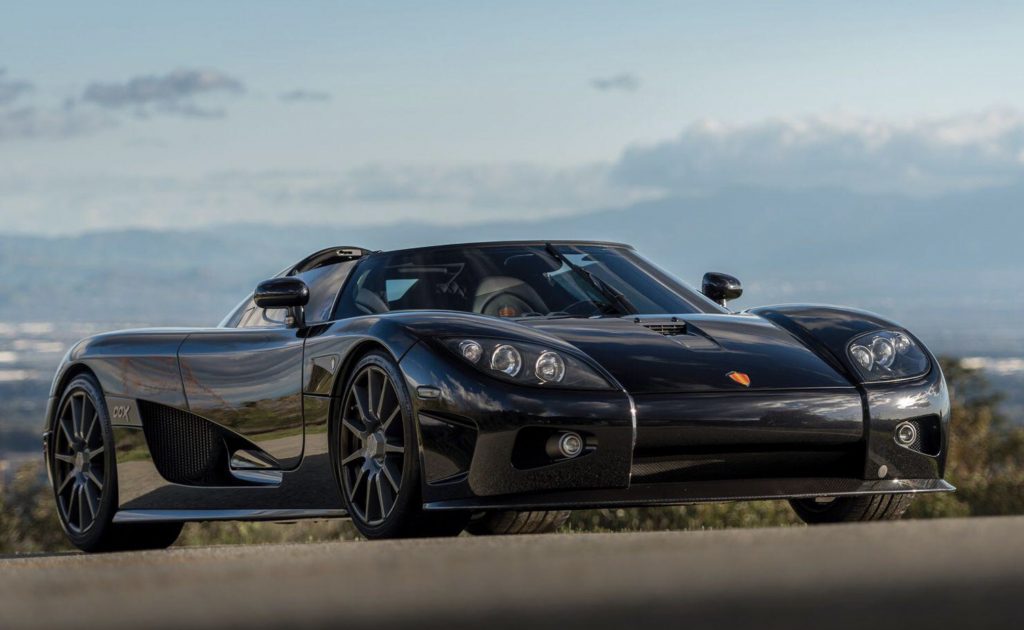 In summary, the Porsche Carrera GT has held very steady over the last 3 years and will likely continue to do so.  Both the Ferrari 365 GTB/4 “Daytona” and the F355 rode the market up in 2013-2016 and while the F355 has settled, the Daytona will likely still fall further.  Koenigseggs prices remain as opaque as ever and that’s not likely to change soon. 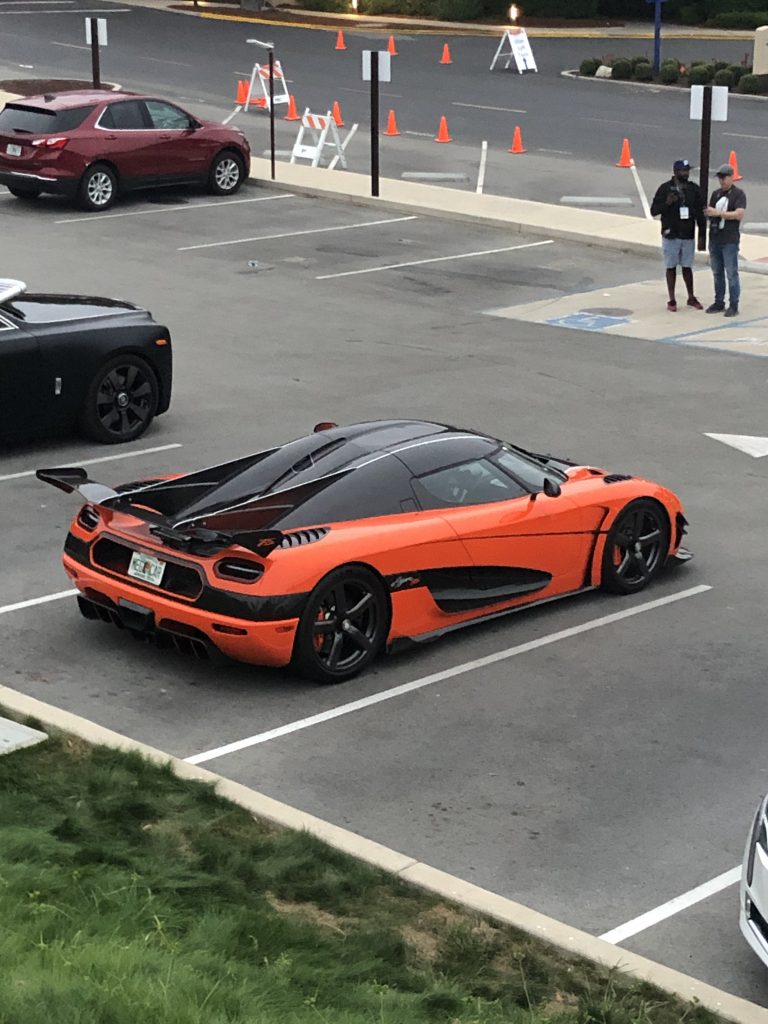 Where do you see 550 values going? Hold steady or creep up? Likely to fall in value?

I see them holding fairly steady for the next few years. I can see 575 F1 prices dropping to below 550 prices at some point in the future though.

And what do see and think about F12? To me an incredible engine and a very useable car, wonder how much further they will drop.

Nice to read your thoughts, Boxer. I wonder why you consider the F355 today’s “starter” Ferrari instead of the 360. At least here in Brazil prices of the 360 are well under F355’s. And running costs are much cheaper in the 360.

In most countries it is the opposite. 360s are still more expensive than F355s.